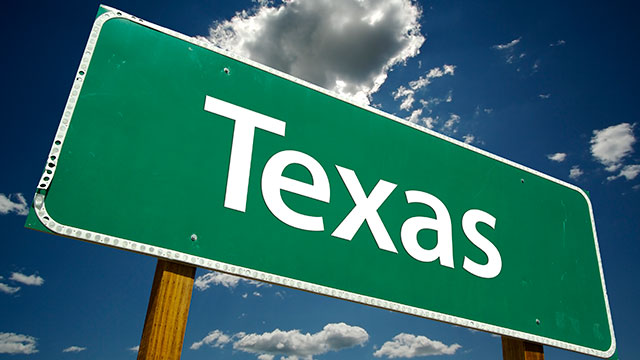 A high school senior in Texas says he was expelled from his school for coming out as gay.

Devin Bryant has attended Covenant Christian Academy, located in Colleyville between Dallas and Fort Worth, since pre-K school.

Seniors at Covenant are granted special parking spaces at the school and the students are allowed to create personalized signs for their spots.

His design was rejected immediately upon submission. After meeting with the principal, though, Bryant agreed to change his design.

“I then had a meeting with the principal in which we discussed the content of the artwork, which I agreed to change,” Devin told the Dallas Observer. “And I promised to not be as vocal about my sexuality for the rest of the year.”

With his new parking space artwork, which was immediately approved by the school, Bryant looked forward to his senior year.

But just four days before the beginning of school, his mother, Consolata Bryant, was informed Devin would not be allowed to return to Covenant.

Devin told the Observer he thinks the issue wasn’t just that he came out as gay, but he was out and proud.

“I know of people who have gotten in trouble for stuff way worse than what I did,” says the high school senior. “And they were disciplined more lightly than me, which definitely leads me to believe that it wasn’t the content of the artwork I sent in that got me kicked out.”

“If I would’ve come out and said that I was ‘struggling’ with same-sex attraction instead of saying that I’m gay, I think they would’ve had a totally different reaction, and I may have been allowed to still attend there,” he added.

In an email to the Observer, Dr. Tony Jeffrey, headmaster for Covenant Christian Academy, defended the expulsion pointing to an enrollment document students and parents are required to sign each year agreeing to live “in accordance with the community guidelines.”

“This Covenant Christian Academy enrollment document, signed annually, specifically outlines practices and behaviors consistent with the CCA mission, based on our deeply held religious beliefs,” said Jeffrey. “That includes adhering to the biblical principal [sic] that the expression of human sexuality is appropriate only within the boundaries of a marital relationship between one man and one woman.”

Jeffrey added, “Devin Bryant is an outstanding student, and we wish him every success in his studies, and in life.”

Devin says he’s never met Jeffrey and Jeffrey wasn’t in attendance for the earlier meeting when the parking sign issue was decided.

“Despite the resolution we had reached, [Jeffrey] had taken it upon himself within the couple of days he had been at the school to seek votes from the board for Devin’s expulsion,” says Consolata. “He secured the votes needed and thus was calling to let us know that Devin was not to report to school that Monday, the 10th, with his classmates.”

According to Consolata, Jeffrey’s exact words were that “Devin had chosen an evil path that was contrary to the Bible and therefore was evil and he was only doing what Jesus would do.”

Since his expulsion, Devin has enrolled at Colleyville Heritage High School and has been placed in several honors classes. Upon graduation, he plans to attend college with an eye towards a degree in sociology.