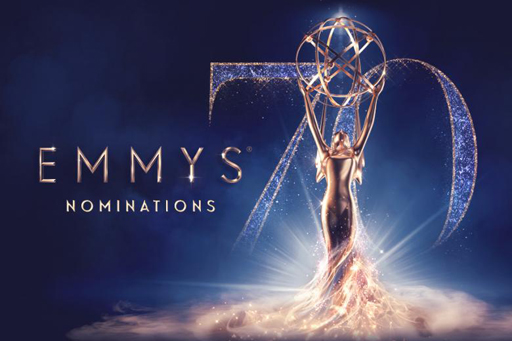 The nominations for the 70th Emmy Awards are out this morning and there’s great news for LGBTQ artists and projects.

Looming large was the gay-centric mini-series The Assassination of Gianni Versace: American Crime Story with 16 nominations including one for “Outstanding Limited Series” plus two nods for out uber-producer/director Ryan Murphy.

“Of course it’s thrilling to see this series attract so much recognition, and I am forever grateful to Tom Rob Smith for his brilliant take, to my producing partners Nina Jacobson, Brad Simpson and Brad Falchuk for their collaboration and friendship, and to our talented cast who breathed such humanity into these characters. This was a heartbreaking story to tell, made more so by the fact that we continue as a culture to grapple with homophobia and shame and intolerance.”

Ricky Martin also scored his first Emmy nod in the “Supporting Actor in a Limited Series or Movie” category for his work in the series. Martin gushed via Twitter:

Yes yes yes!!!!!! I’m so happy and humbled about this nomination. I think my head is about to explode. Joy joy joy THIS IS CRAZY!!! Thank you @MrRPMurphy https://t.co/GZvYKlVQ2l

On receiving the news, RuPaul shared with Entertainment Weekly:

“Making RuPaul’s Drag Race is a labor of love. The fact that members of the Television Academy have recognized that passion by nominating us for 12 Emmy’s is a true honor. It takes a village, people. I want to recognize the hard work and dedication of my partners at VH1 and World of Wonder, our dedicated cast and crew, and most of all, the amazing queens that help us celebrate the heart and soul of drag. Condragulations to our fellow nominees.”

Also in the “Outstanding Guest Actress In A Comedy Series” are Wanda Sykes (Black-ish) and Jane Lynch (The Marvelous Mrs. Maisel).

Lynch was also honored in the “Outstanding Host For A Reality Or Reality-Competition Program” category for Hollywood Game Night as was Ellen DeGeneres (Ellen’s Game of Games).

Out actress Lily Tomlin was nominated for her work on Grace & Frankie, as well as Sarah Paulson for her performance in American Horror Story: Cult. Cherry Jones got a nod for her role in the much-lauded The Handmaid’s Tale.

Kate McKinnon was nominated for “Supporting Actress In A Comedy Series” for her work on Saturday Night Live.

Evan Rachel Wood celebrates her nomination in “Outstanding Lead Actress In A Drama Series” for her work on HBO’s Westworld.

Out actor Titus Burgess received an nom for “Supporting Actor In A Comedy Series” in Unbreakable Kimmy Schmidt.

Surprisingly, FX’s Pose was completely snubbed receiving zero nominations. This writer was hoping to see both transgender director/writer Janet Mock and out actor Billy Porter get some Television Academy love for their powerful work on the ground-breaking, LGBTQ-centric series set in the 1980s.

The 70th annual Emmys Awards will air Monday, September 17, on NBC. For more information, head over to the Emmy Awards official website here.

Drama Series:
“The Handmaid’s Tale”
“Game of Thrones”
“This Is Us”
“The Crown”
“The Americans”
“Stranger Things”
“Westworld”