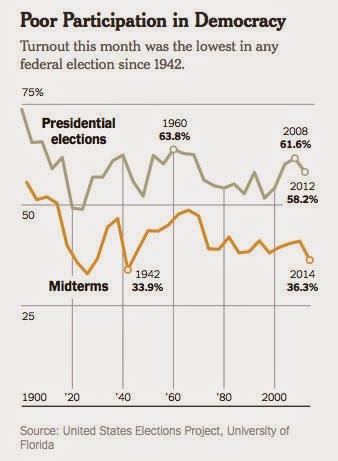 Last week’s midterm elections notched the lowest turnout since 1942. In 43 states, less than 50% of eligible voters bothered to show up, and no state broke 60 percent.

• Overall turnout across the nation was a measly 36.3%