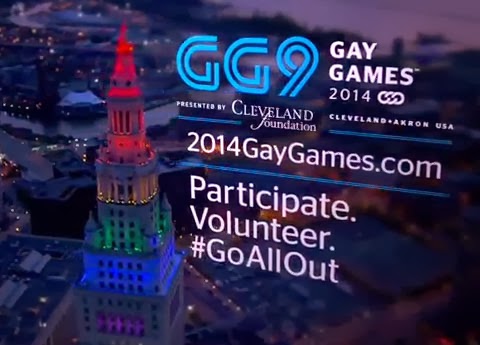 Organizers of the 2014 Gay Games will give viewers of tonight’s Winter Olympics opening ceremonies a subtle reminder of the anti-LGBT atmosphere in Vladimir Putin’s Russia.

Thirty-second commercials for the Gay Games are set to air during NBC’s telecast in Columbus, Dayton and Toledo, Ohio; Buffalo, N.Y.; and the host cities of Cleveland and Akron.

The Gay Games, an international event that takes place every four years, are scheduled for Aug. 9-16 in Cleveland and Akron. About 10,000 competitors and another 20,000 spectators are expected from around the world.

“These are great times we live in – exciting, complicated, extraordinary times,” a narrator says as the commercial begins with scenes of Gay Games medals, athletes, welcoming residents of northeastern Ohio and Cleveland’s annual Pride festival.

“And while the rest of the world tries to decide what its legacy will be, here in the United States we have a running start. This summer, the most inclusive sporting event in the world will take place in Ohio.”

The commercial ends with Gay Games information and a shot of Cleveland’s Terminal Tower lit in rainbow-flag colors.

“It’s our time,” the narrator says. “The world is watching.”