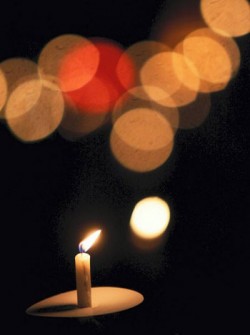 From LGBTQnation: Today is the 14th International Transgender Day of Remembrance, a day when we remember those who have been victims of anti-transgender violence.

The event was started to honor Rita Hester who was murdered on November 28th, 1998. Hester’s death launched the “Remembering Our Dead” web project in 1998 and a San Francisco candlelight vigil in 1999. Transgenderdor.org notes that her murder — like most anti-transgender murder cases — has yet to be solved.

The Trans Murder Monitoring project reports that from January 1, 2008 to December 31, 2011, there have been 816 reports of people who died from anti-transgender violence in 55 countries. It should be noted that this number is probably much lower than the actual figure, as it only represents known cases due to issues of language used in reporting the murders (different countries have different terms for being transgender or gender non-conforming) and due to the fact that not all trans people who are murdered are identified as trans.

Regardless, it’s a heartbreaking and outrageous number and the Transgender Day of Remembrance is a day not only to mourn those we’ve lost and celebrate the lives they lived, but also bring awareness to the struggle and dangers that trans and gender non-conforming people face around the world on a daily basis.

Of course there are countless others who deserve recognition and celebration and Huff Post Gay Voices endeavors to feature as many of their stories as we can all year around — not just today. For more information on the Transgender Day of Remembrance, visit GLAAD.