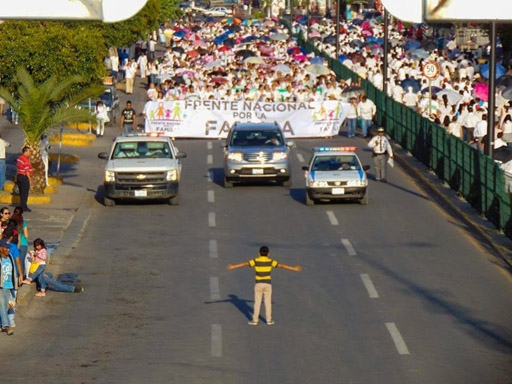 Over the weekend, members of Mexico’s “pro-family” hate group Frente Nacional por la Familia took to the streets across the nation to protest the inevitable passage of marriage equality.

While the anti-LGBT demonstrators saw their fair share of opposition, perhaps the most striking moment came at a rally in Celaya, Guanajuato when a 12-year-old boy stepped in front of  11,000 protesters in an attempt to stop their march.

“At first I thought the child was only playing,” Rodríguez admitted to Regeneracion.

But Rodriguez interviewed the child later, who said, “I have an uncle who is gay and I hate the hatred.”