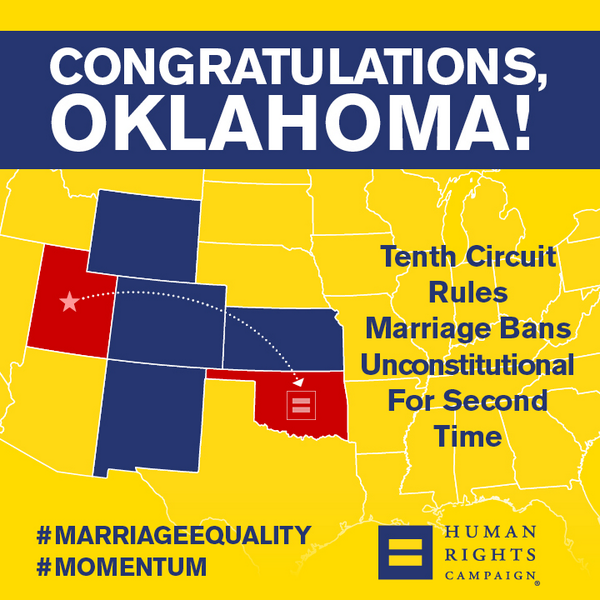 The 2-1 decision was authored by Judge Carlos Lucero, who was joined by Judge Jerome Holmes – a President George W. Bush appointee.

From the majority decision:

“Facts and arguments presented in this case differ in some respects from those in Kitchen. But our core holdings are not affected by those differences. State bans on the licensing of same-sex marriage significantly burden the fundamental right to marry, and arguments based on the procreative capacity of some opposite-sex couples do not meet the narrow tailoring prong.”

The ruling comes after the same panel ruled June 25 that Utah’s ban on same-sex marriage violates the Constitution. It was the first time an appellate court determined last year’s U.S. Supreme Court decision striking down the Defense of Marriage Act means states cannot deny gays the ability to wed.

The 10th U.S. Circuit Court of Appeals panel put its Oklahoma and Utah rulings on hold pending an appeal. Utah’s attorney general has said he plans to appeal to the Supreme Court.

You can read the entire ruling below: