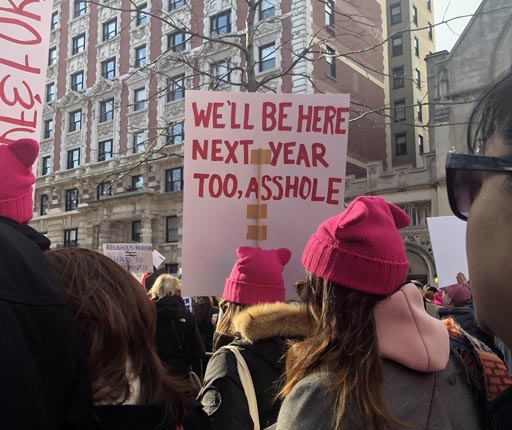 On the one-year anniversary of the Womens March on Washington, it doesn’t look like there’s any weakening in #TheResistance.

The Associated Press estimates millions took part in the demonstrations around the world.

If a picture is worth a thousand words, I’ll let all this speak for itself.

In 2017, the Women’s March was a beacon of hope and defiance. In 2018, it is a testament to the power and resilience of women everywhere. Let’s show that same power in the voting booth this year. #PowerToThePolls

Quite remarkable that a year later that #WomenMarch2018 grew larger.
pic.twitter.com/c16bk3GJBj

Thousands of demonstrators showing out in Reno! @womensmarch #PowerToThePolls pic.twitter.com/fnDc5QBJG7

Thousands of women and allies are uniting in the streets of #SanFrancisco as a part of a movement to get more women into political office. #WomensMarch2018 #womensmarchSF pic.twitter.com/lZd0pD4q6L

Why only rallies AGAINST Trump have to be held outside:#WomensMarch2018 pic.twitter.com/y2hgM51bAz