Possibly NSFW behind the scenes video above.

And for those paying attention, it looks to be Nick Carter shirtless with his guitar in his underwear doing his part to entertain…

Here’s something to get your day started…

Let’s hear it for Long Island!

The ELLEN Show is looking for it’s own underwear model.

Lucky for us she shows off a few of the shirtless model entries she’s received thus far. Let’s go to the videotape!

David Beckham, his H&M underwear line and his famous body are all on display in this new “short film” by Guy Ritchie.

After his robe gets caught in a car door, Beckham goes in chase of said robe. Along the way, his clothes – of course – are ripped off by various obstacles until he’s left wet and nearly naked in the streets of Beverly Hills.

Just another day for Mr. Beckham and LA. 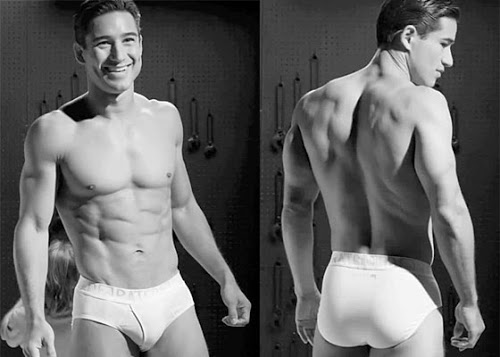 Mario Lopez is catching some heat for tweeting about his affection of Chick-fil-A sandwiches, in spite of the recent uproar over the company’s anti-gay policies.

On October 7 the host of Extra tweeted, “Why does it seem like I always crave Chick-fil-A on Sundays?? #Frustrating.”

In January, Lopez spoke with The Advocate promoting his new underwear line, Rated M, to the gay community and praised his gay fans. When asked how gay fans are different from straight fans, Lopez said, “Gay fans are very loyal. And very cool. I’m honored to be embraced by the gay community. They’re the smartest and the hippest. They determine what’s hot out there.”

Is loyalty a one way street?  Hmm…

Model Andrew Ramming gets wild in the Scottish Highlands for a Bluebuck underwear campaign. Shown hiking, swimming, and even relaxing in the London-based line’s masculine briefs, Ramming wears the skivvies as if they were a sexy second skin.

All photos by Bluebuck 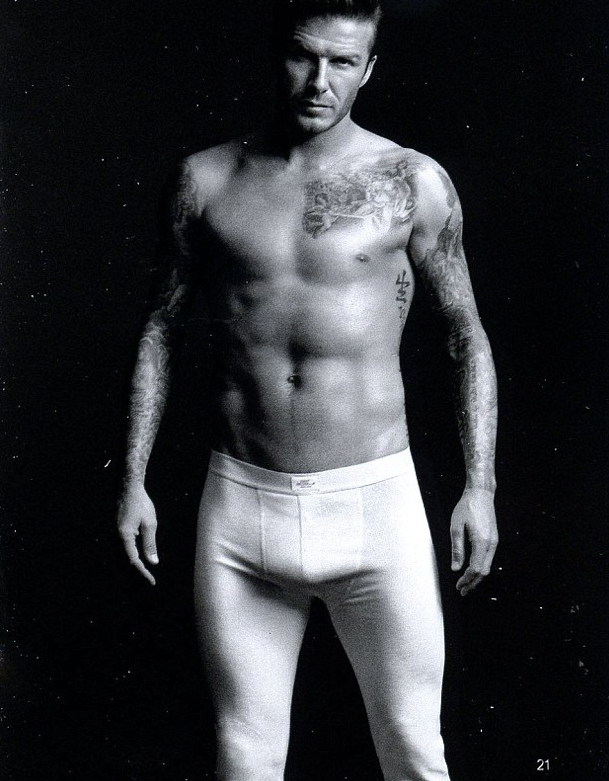 From David Beckham’s new line of underwear.  Works for me.