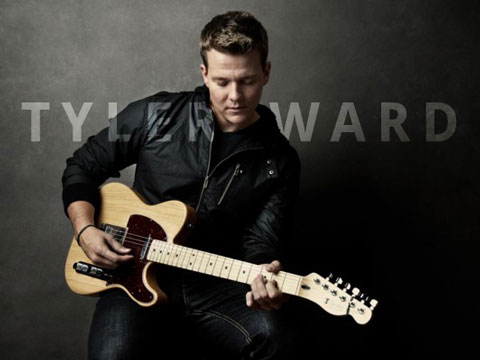 Maybe one of the most famous musicians you might not know, Tyler Ward is a YouTube superstar. Tons of covers and original songs, his videos get millions of hits each.

I love this guy – great musician, brings originality to songs we know and love, and also has his own major songwriting skills.

Check out his YouTube Channel here. And enjoy his music and uber-cuteness.

Oh – and make sure you check him out on iTunes. Listen around, and if you like, throw him $1.29 for some good music  🙂

I love this guy. Most of his cover versions of songs are better than the originals.

Plus, you may have noticed he’s not hard on the eyes.

Check out Tyler Ward on YouTube. He’s all over the place, and folks dig him.

I don’t get the Justin Bieber thing. I just don’t. Does nothing for me. Nothing personal, just not my thing.

But based on a recommendation by Dave Koz, I found this guy who’s really talented and charismatic. Even though I pulled back for a second when I saw this latest song by Tyler Ward was a Justin Bieber song, it completely worked for me. The music and the charisma and energy are real and authentic.

Wow. I like what he’s doing. Tyler Ward has it going on.

From his Facebook page: Tyler’s realization of becoming a successful national artist arose when he first started playing with national acts such as The Fray, The Jonas Brothers, Gavin DeGraw, Augustana and Ryan Cabrera. “After that first big show with The Fray, I was sold on doing music for the rest of my life,” Tyler says. Playing shows for thousands of people fueled Tyler’s drive and creativity. It drove him to write and record several demos that have attracted attention throughout the major music industry.

Now, you can find Tyler writing, recording and performing music all over the state of Colorado. Tyler has become a well known local artist who is heavily pursued to perform live. “I love playing and it’s by far the best job I’ve ever had.” Tyler credits his musical talents to his mother Susan Ward, who is a classically-trained musician. Tyler notes, “My mom rocks.”

Clearly, so does Tyler.

Find him on iTunes. Here’s a link to just one of his CDs, but check them all out.