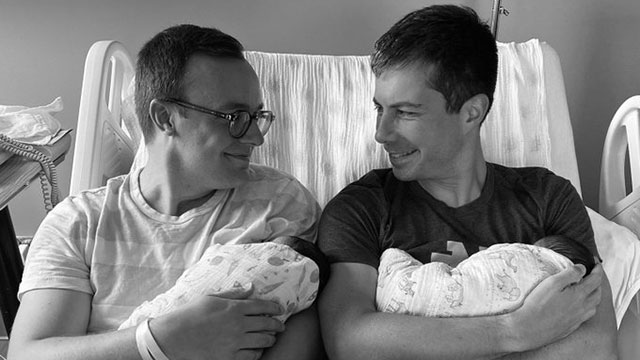 Secretary of Transportation Pete Buttigieg and husband Chasten shared the news this morning they are now the proud parents of twins! END_OF_DOCUMENT_TOKEN_TO_BE_REPLACED 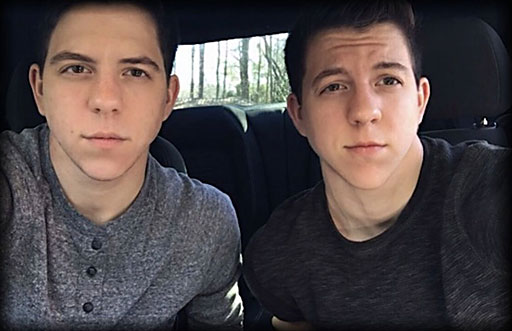 Jack and Jace Grafe, who live in Georgia, recently shared their amazing journey as identical twins who came out to each other as transgender and transitioned together.

Fox5Atlanta recently reported the story of the twins who were identified as female at birth, but came out to each other at the age of 15. That was just a year after they had even heard the word ‘transgender.’

“It’s like being in prison except it’s in your own body,” Jack told Fox5Atlanta. “And the older I got, the harder it was to swallow. And I was like, can’t do this for the rest of my life, I just can’t do it.”

Both men admit the fear of coming out was huge, but having a twin going through the same experience provided incredible emotional support.

“Fear is like the biggest thing to keep you away from anything,” Jack says. “That’s what kept me in my box.”

Study after study has shown that transgender teens are much more likely to face high instances of anxiety, depression and suicidal thoughts.

Even though they came out to each other at 15-years-old, the two continued to present as female until they graduated from high school. “But as soon as I got out of there, I cut my hair, and I changed my clothes,” Jace says.

Both men are in long-term relationships and work as corrections officers in East Georgia. Looking to begin careers in law enforcement, Jace has already begun study at the police academy and Jack plans to follow in his footsteps.

It wasn’t until they reached the age of 21 that they began giving each other male hormone injections which deepened their voices and made their appearance more masculine.

And in August of this year, the twins underwent top surgery on the same day which removed excess breast tissue and contoured their chests for a more masculine shape.

The twins turned to Georgia Plastic Surgery’s Dr. Sheldon Lincenberg for the final step in their transition.

Dr. Lincenberg told Fox5Atlanta that the surgery helps both Jace and Jack to look the way they feel inside – male.

“Their identity is set inside themselves,” Dr. Lincenberg says.  “They’re not trying to change that. They just want the world to see them as they are.”

Thanks to the gender-confirming survey, the twins were able to obtain new driver’s licenses that identify their gender as male.

“It’s real now, it’s official,” Jack says. “It’s like the biggest relief you could ever feel.”

“It’s perfect to me, I’m finally perfect to me,” added Jace. “I’m just excited to finally go out there and be exactly what I’ve been dreaming about for a long time.”

Watch the report from Fox5Atlanta below. 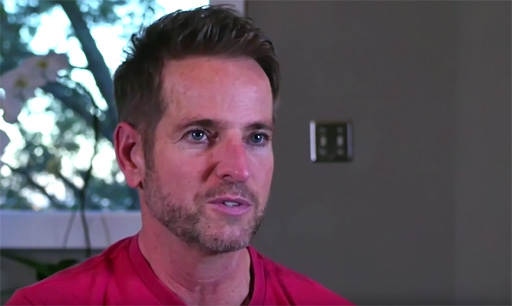 From I’m From Driftwood, the documentary project focused on collecting the stories of LGBT folk from everywhere.

After going home with another guy following an awkward experience in a parking lot, Ron Malott knew he was gay.

He went home and he and his twin brother came out to each other. Then came the hard part: telling their mom that they’re gay.

Mom was supportive but expressed regret that Ron might never be a father.

Years later, with her health declining, she moved in with Ron and his husband and their two children. Her last years were surrounded by her son’s family – the family she dreamed he would have. 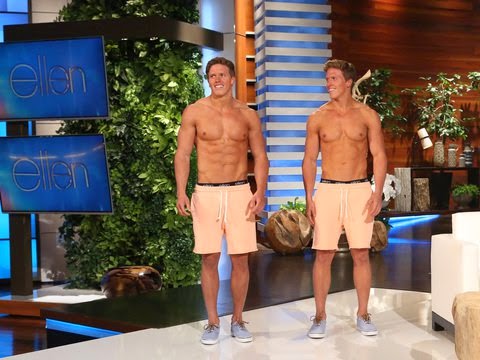 On today’s show, Ellen introduced her “twins” – Leo and Theo – to the world.

She apologized to the audience for the shiftlessness – “I don’t know where their shirts are. They’re at that age where they think it’s ok to run around half-naked in front of strangers.” 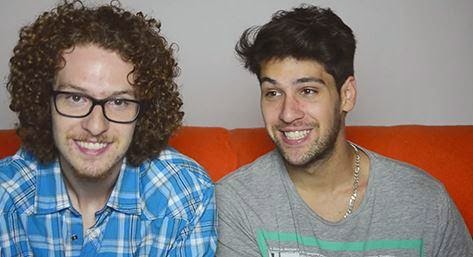 Meet Luke and Adam Monastero – 21 year old Canadian twins who share their experience of coming out to their parents in this secretly recorded video.

The twins have an idea that the parents suspect Luke is gay, but will probably be surprised to learn Adam is too.

As coming out stories go, this is one of the good ones.  The mother takes the news very well, and the dad – well, he barely looks up from his lunch.  No drama here.

Luke explained he was afraid their sexual orientation would drive a wedge within their extended family, to which mama bear responded, “Well, you know what, Luke? If it does, hon, that’s their choice. It cannot be your worry or your burden. You can’t live your life for someone else…I’m just so glad you’re not keeping it from us anymore.”

Dad seemed cool with the news, too, just sitting there and enjoying his chicken.

“We’re officially out of the closet! I’m a free man! I feel alive,” they tell the camera at the end.

“I feel like my parents’ reactions were completely better than any of us thought they were going to be, and hopefully this will show you guys that people don’t really care and your parents will love you no matter what,” Luke says.
“That’s kind of why we’re making these videos—to just show people that are gay in the closet you know you can just be who you are and not to be afraid,” Adam adds. 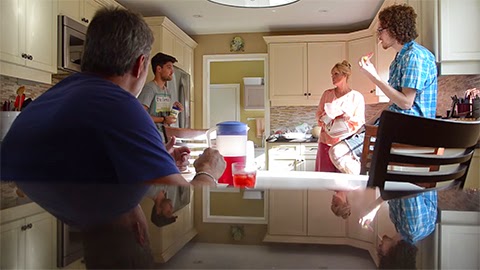