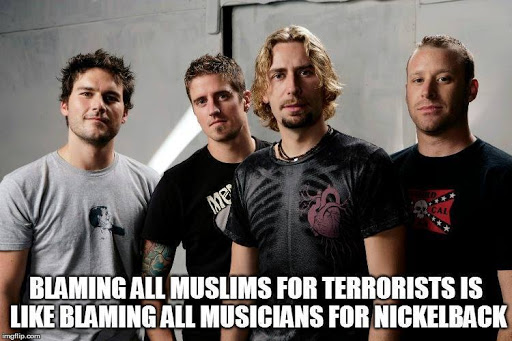 Rhodes said Obama was talking about a particular aspect of containment that in no way dismissed the possibility of terrorist attacks in the West.

“The president was responding very specifically to the geographic expansion of ISIL in Iraq and Syria,” Rhodes said, using another acronym for the group. “A year ago, we saw them on the march in Iraq and Syria, taking more and more population centers. The fact is that we have been able to stop that geographic advance and take back significant amounts of territory in both northern Iraq and northern Syria. At the same time, that does not diminish the fact that there is a threat posed by ISIL, not just in those countries but in their aspirations to project power overseas.”

Looking back at Obama’s interview where he made this comment, it is quite clear that it’s within a narrowly defined scope: ISIS’s territorial expansion in Iraq and Syria. He did not rule out the potential for a terrorist attack, and he also made it clear that the United States’ anti-ISIS efforts are a work in progress.

References or suggestions that Obama claimed ISIS no longer presents an active threat are incorrect.

Further, experts told us that Obama is right that ISIS hasn’t expanded in the region in recent months, though this doesn’t give a full picture of ISIS’s global reach.

The jokes write themselves, folks…

Joey Chestnut has now won this 7 consecutive times.  He wins the title plus $10,000.

I’ve only ever seen these kinds of contests in the movies. Imagine how you train for something like this?