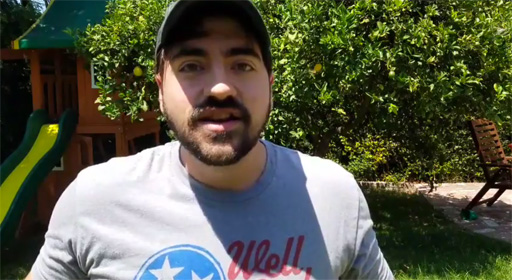 “I’m absolutely disgusted by this weekend in Charlottesville. But I maintain….love will prevail y’all.”

“I don’t know that there’s any symbol that’s more inherently un-American than the Confederate flag. It’s sorta the point of the fucking thing.”

“Ultimately, at their core, these people are losers. Losers who fetishize other losers.”

Watch Trae rock this rant below: 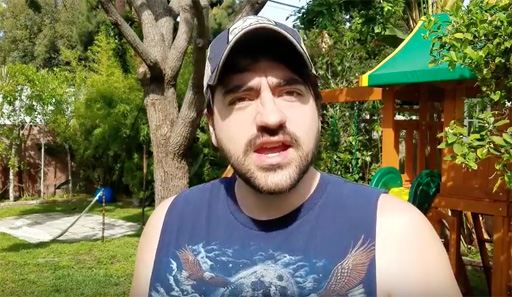 Clip description: The president found a way to make donating money to charity shitty. No small feat. Unlike his feet, which are tiny. Like his hands. He sucks. Love yall. 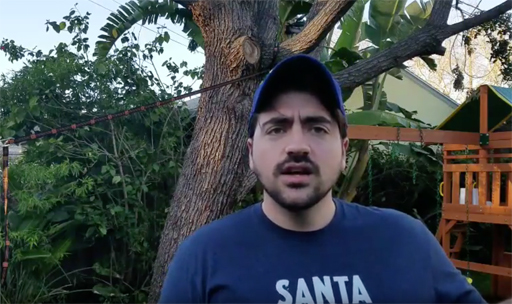 The internet’s favorite “Liberal Redneck,” Trae Crowder, shares his thoughts on the healthcare proposal TrumpCare, which he says is so “profoundly terrible that even most Republicans hate it.”

Along the way, Crowder takes “senior Trump administration anus polisher Jason Chaffetz” to task for his comments about choosing between health care and an iPhone.

“That sh*t is like telling somebody that if they can’t afford their work truck payment this month then maybe they shouldn’t have bought those blue jeans back in October. The cost of an iPhone won’t get you two aspirins and a slap on the ass in an American hospital.” 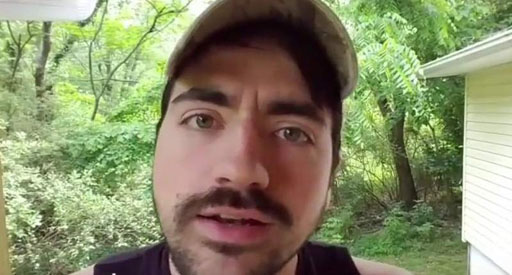 “I loved his message, his ideas — he was different, he was young, he was cool, he was funny,” Crowder said. “Most importantly of all, to me, he was an unparalleled expert at pissing off sh*tty white people.”

Crowder considers himself a connoisseur of the art of pissing off sh*tty white people, saying he likes to sit around in a Colin Kaepernick jersey listening to the Dixie Chicks and watching YouTube videos of Tim Tebow’s failures.

“When it comes to pissing off sh*tty white people, Barack Hussein Obama is a first-ballot hall-of-famer,” Crowder said. “He changed the game. Ain’t nobody done it like he done it — nobody.” 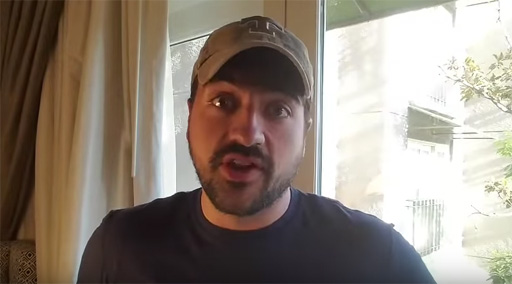 Trae Crowder, the “Liberal Redneck,” addresses some of the misconceptions about American Southerners he encounters when he’s on tour. 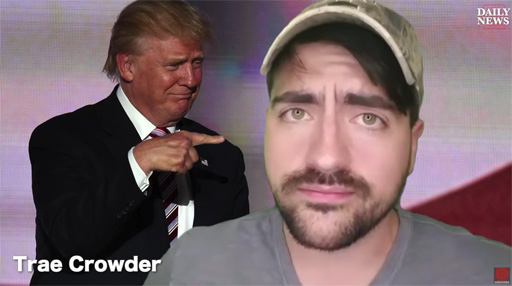 Clip description: Hillbilly-in-Chief Trae Crowder doesn’t want to talk about Donald Trump all the damn time, but the son of a b—h is making it way too hard to talk about anything else.

“I took a week off from Trump to talk about the Olympics and in the intervening time he has heavily implied someone should shoot Hillary Clinton.

“He went after freedom of the press again saying it should be illegal for the media just be able to publish anything they want about him, especially when it’s false.

“Can you imagine if they were saying some truly outrageous shit, like accusing of him, like, I don’t know, of not being an American citizen or, like, being a secret Muslim, or something like that?” 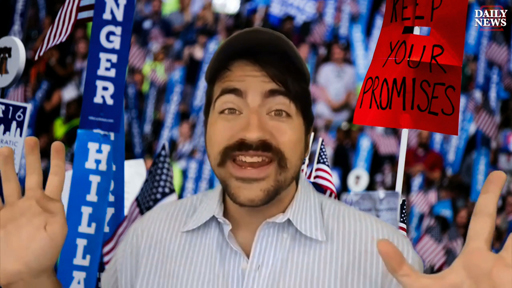 Instead he’s diving into the deep end of the Democrats email scandal and hacking, which he admits isn’t good, but is really just the Deflategate of political scandals. 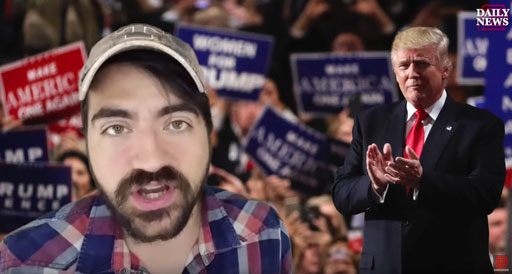 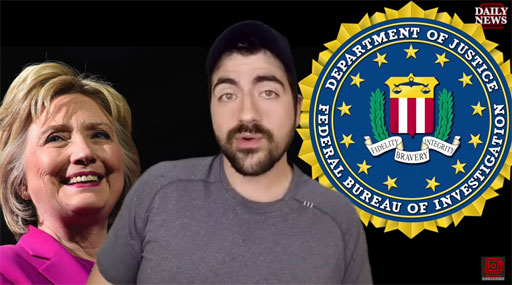 The Daily News “Hillbilly-in-Chief” Trae Crowder is thrilled the FBI has decided to drop this whole business of charging Hillary over her emails because it ‘means this bullsh– is not going to be the mechanism through which Donald Trump walks away with the presidency.” 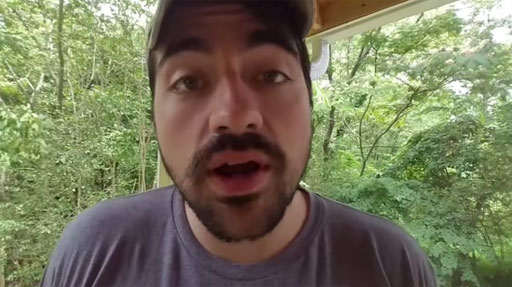