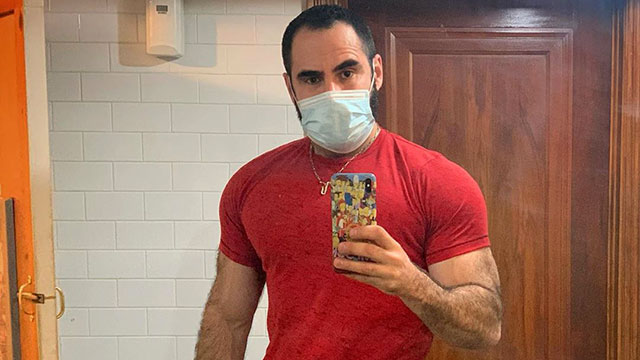 • InstaHunks: Woofy Alexis (above) made me laugh with his observation, “I used to smile in all my mirror selfies…. now I just have to raise my eyebrows.” Life in the pandemic era LOL. Follow him here.

• EW: VH1 will broadcast the finale of RuPaul’s Drag Race on Friday, May 29 at 8 p.m. ET/PT, in what will be its most technically challenging finale yet. The episode will feature the remaining queens competing in a revolutionary lip-sync for the crown and a $10,000 prize.

• MetroWeekly: NYC Pride has announced a 50th-anniversary broadcast special on Sunday, June 28, featuring Dan Levy, Janelle Monáe, Billy Porter, and a host of other celebrities and LGBTQ activists. The special replaces the annual Pride March, which was canceled last month due to COVID-19. 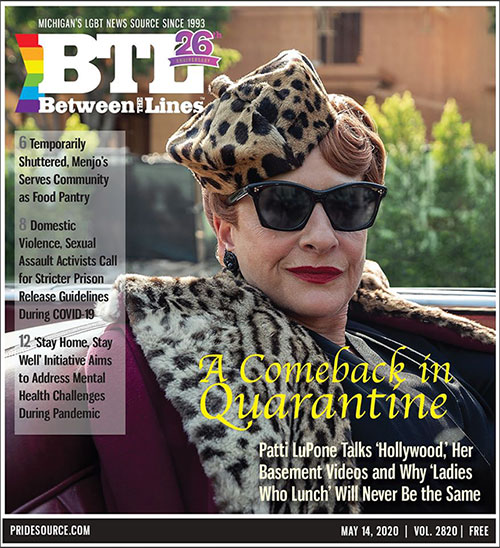 • NY Post: A new study found men are less likely to wear face masks because they’re ‘not cool’ and ‘a sign of weakness.’ Ironically, men appear to be more severely impacted by the virus. In places such as China, Italy, Spain, and New York City, men have died from COVID-19 at far higher rates than women did.

• South China Morning Post: Researchers at the University of Hong Kong, led by Professor Ivan Hung Fan-ngai, recently found that blood plasma from coronavirus survivors could kill 99 percent of the virus in patients still fighting Covid-19 because they contain the necessary antibodies to fight the infection.

“Instead of being sad about a relationship not working out,” Toni Braxton explains, “you decide to dance your troubles away in the club or alone at home. It’s just about moving forward from a negative situation, whether that’s a relationship, your job or something else holding you back.”

The remix for “Dance” comes on the heels of her recently released single “Do It,” which scored the highest radio chart debut of her solo career with record-breaking adds on impact, and is currently closing in on Top 10 at Urban AC. 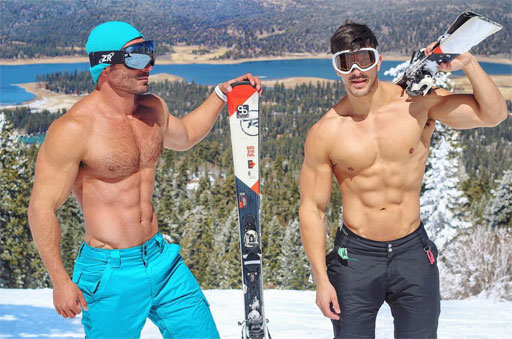 • Fitness models Rodiney Santiago and Matt Bishop (above) demonstrate exactly what kind of shirtless winter fun you can have on the slopes. The pic was taken at Big Bear in California where I usually ski, but I never seem to get scenery like this when I’m there 🙂

• The HIV Incidence and Prevalence Report from the CDC shows that one in seven people in the U.S. living with HIV did not know their status.

• Becoming the first municipality in Wisconsin to do so, the Milwaukee Common Council has voted to ban the abusive practice of so-called “conversion therapy” on LGBT youth by a vote of 12-2.

• In the case of a gay couple who were attacked last year by a group of anti-gay teenagers in the Netherlands, the prosecutor has only asked for community service as punishment for the attackers who beat the couple with bolt cutters. One victim lost five teeth and has had multiple surgeries since the attack.

• The Advocate has curated a collection of pics from the recent Leather Pride Week in Los Angeles and the crowd was definitely photo-worthy.

• Can you believe 2018 commemorates 25 years in the music business for Toni Braxton? To celebrate the R&B/pop diva has released her new album, Sex & Cigarettes. Check out her latest music video from the album – “Long As I Live.” Talk about a voice that just feels good… 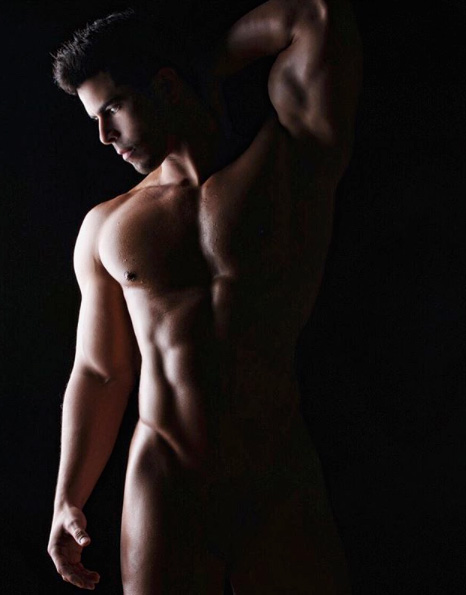 • It’s a “light and shadow” kind of day here in Las Vegas. And so, I give you the handsome Ignacio Pérez Rey photographed by the incomparable Joan Crisol.

• The 30-year-old man who set off a bomb in the Chelsea neighborhood of Manhattan ( a popular gay neighborhood)  in September of 2016 has been sentenced to two life sentences plus 30 years for his actions.

• This popular Miami first grade teacher was fired for marrying her wife. The Catholic school she taught for had a “moral turpitude” clause in her contract they say she broke. Florida, as you may know, has no protections for LGBTs in the workplace.

• Pop diva Toni Braxton has a brand new single “Long As I Live” out now, and is one of several tracks Toni co-wrote and produced for her upcoming new album, Sex and Cigarettes, due out March 23. Check out the new single below. 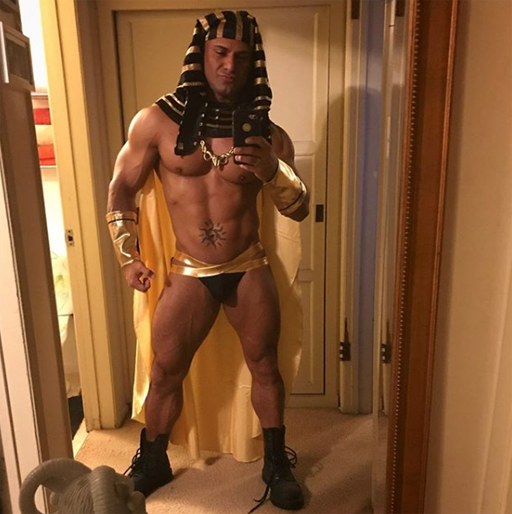 • Both chambers of Congress have now unanimously condemned Chechnya for anti-LGBTQ violence as President Trump and Secretary of State Rex Tillerson remain silent.

• In related news, Russia and Egypt are fighting to remove language in Principal 6 of the Olympic Charter which calls for banning discrimination based on sexual orientation. Both countries have been involved in anti-LGBTQ actions in past months.

• Marques Brownlee unboxes the new iPhone X – check out his thoughts below. Hubby Michael and I have both ordered the X as we haven’t upgraded our iPhones in years.

• While the majority of news outlets were covering yesterday’s indictments of three Trump campaign officials, several Fox News employees were embarrassed by their network’s obvious lack of coverage. At one point on Monday morning, Fox News was actually taking time to report on a hamburger emoji – “Look, the cheese is under the burger!!!”

• A new study indicates gay men (and straight women) are twice as likely to be attracted to guys with the same eye color as their father due to “sexual imprinting.” I do not fall into that category as my father had stunning ice blue eyes, but my hunky hubby Michael has beautiful brown eyes.

• No trick, total treat from 7-time Grammy Award winner Toni Braxton as she drops her new single, “Deadwood,” from her forthcoming album, Sex and Cigarettes, scheduled for a January release. 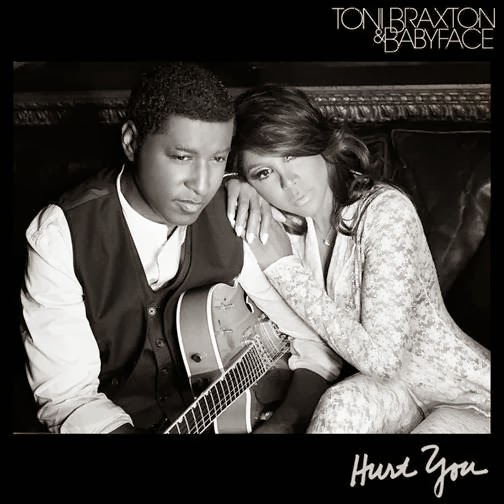 With 16 Grammy Awards® between them, Toni Braxton and Kenny ‘Babyface’ Edmonds have teamed up for their first album of duets together, LOVE, MARRIAGE & DIVORCE, arriving in stores November 25th.

The video for the first single from Toni and Babyface, “Hurt You,” was released today. What do you think?

Six time Grammy Award winning singer Toni Braxton debuts “I Heart You”, a smash dance record for her fans around the globe.

“When I wrote this song I was thinking about the feeling you get when you walk into a club and you hear the melody. You feel the beat and you just know it’s going to be a good night…” comments Toni.

For more info about the track and appearance dates, click here.