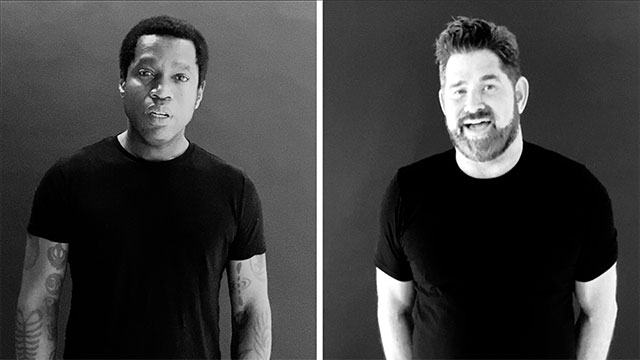 Indie artists Matt Zarley and Ty Taylor have been friends for over 27 years – ever since they appeared on Broadway in the 1993 revival of Andrew Lloyd Webber and Tim Rice’s Joseph and the Amazing Technicolor Dreamcoat.

In fact, the two talented men were both understudies for the title role.

Taylor and Zarley went on to additional featured appearances on the Great White Way (like Grease and Tommy, respectively) before moving on to successful careers as recording artists as well.

The two had been discussing recording together and they hit on the perfect song for the duo considering their shared experience with Joseph.

“When Ty and I first discussed collaborating on something together, he suggested we do a reimagined version of ‘Close Every Door,’ says Zarley. “We collectively agreed that we should do it with a more acoustic approach, sort of reminiscent of the Indigo Girls and that type of sound. As a result, we settled on just an acoustic guitar and bass as the instrumentation.”

Set in a prison cell, Joseph laments his situation and assures himself he can make it to the other side of his imprisonment. 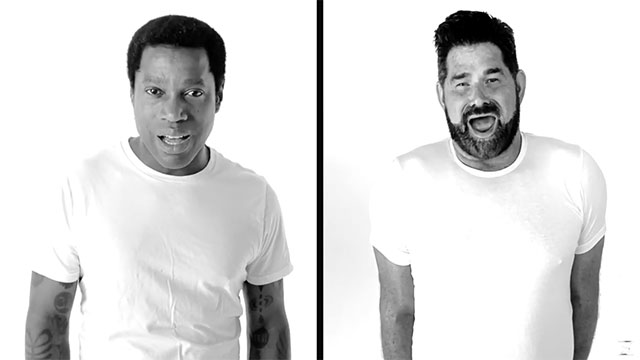 But the coronavirus pandemic put the project on pause for a few months. When they reconvened for the project, both felt the new world of ‘sheltering at home’ coupled with the homicide of George Floyd had created a new perspective for the song.

Taylor says he looked at issues like “brutality and imprisonment, things that are thrust upon us wrongfully” as he revisited the song. In the video’s introduction, he shares, “It’s fueled with a whole different backstory than I’d ever planned.”

Shot in black and white (see what they did there?), the new guitar-driven track (thank you very much, Mike Messer, on guitar) is infused with a pop/soul flavor that instantly reinvents the song.

Plus, check out the moments at the 2:40 and 4:30 marks as each singer respectfully takes note of the other’s riffs.

Props to Zarley for the creative, current feel on the editing of the video.

Since 2015, Zarley has been producing his “UnCOVERED” series of cover songs requested by fans.

Check out the full “UnCOVERED” series on YouTube here.