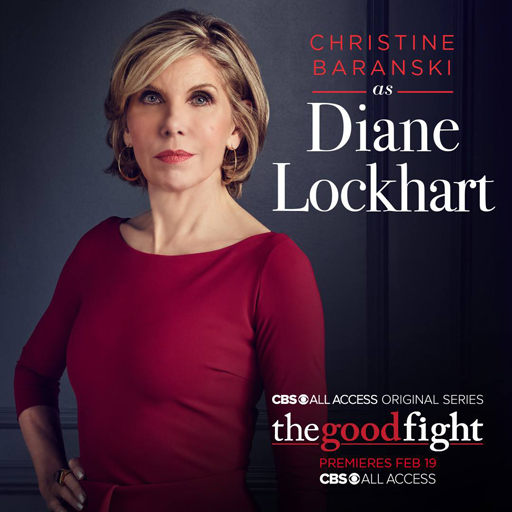 OMG – I love me some Christine Baranski.

And what’s not to love? After 7 years on the CBS hit series The Good Wife, 2 Tony Awards, 15 Emmy nominations (with a win in 1995 for the sitcom Cybil) she’s now anchoring CBS All Access’ first original scripted series, The Good Fight.

The new series is a spin-off of The Good Wife, and will premiere on CBS February 19th before shifting over to the online CBS All Access.

Check the fab Baranski last night on The Late Show with Stephen Colbert talking on the new series.

Her character, “Diane Lockhart,” is a drop-dead Democrat. And in the series premiere, the audience watches as “Diane” takes in the horror that is the Trump inauguration.

“I hadn’t had the opportunity of seeing the inauguration,” Baranski said. “But the director said, ‘Well, you know, imagine that you’re shocked.’ And I said, ‘No worry, I can play this.’”

Watch the fun interview below and make sure you tune in for the premiere of The Good Fight this Sunday on CBS. 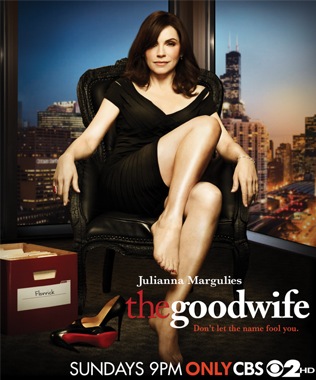 When The Good Wife ended season two with Will & Alicia’s hotel tryst, you knew that carnal encounters would play an even bigger, yet totally new, role in season three. Check out this sneak peek at the show’s red-hot new ad campaign – sex is on the menu!

Spotlighting series star — and Emmy nominee — Julianna Margulies, the ad’s tagline pretty much says it all: “Don’t Let The Name Fool You!” In other words, Good is about to get very, very bad!

Which jives perfectly with Margulies’ wishes for season three. “I think she has to get enough backbone where she can carve out a space for herself, rather than be constantly sh** on,” the actress said at The 2011 Peabody Awards, where Good Wife was honored.

As for her relationship with Kalinda, Julianna hints that “It’s going to take a very long time for her to ever forgive Kalinda [for saying], ‘I didn’t know who you were, you were just a housewife.’ That was almost more insulting. I would like to see Alicia come around from that and show the world what being ‘just a housewife’ truly means!”

I think the show AND Margulies are terrific.  If you haven’t followed the show yet, catch up and be there Sunday, September 25th for the season premiere on CBS.