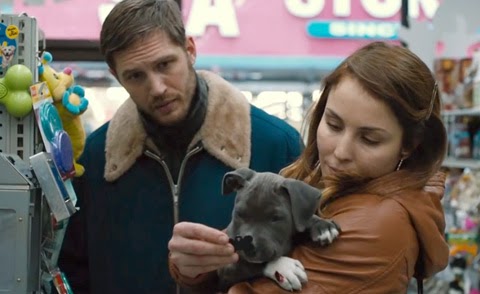 In a scene from the just released mob drama The Drop, Tom Hardy and Noomi Rapace have a cute scene in a pet store where Rocco the dog may have just stolen my attention from the handsome Hardy.

I have to admit I agree with Noomi’s character – “Rocco” is a better name for a dog. “Mike,” while a great name for a husband, doesn’t really land for me in dog names.

The film also features James Gandolfini, in one of his final film roles.