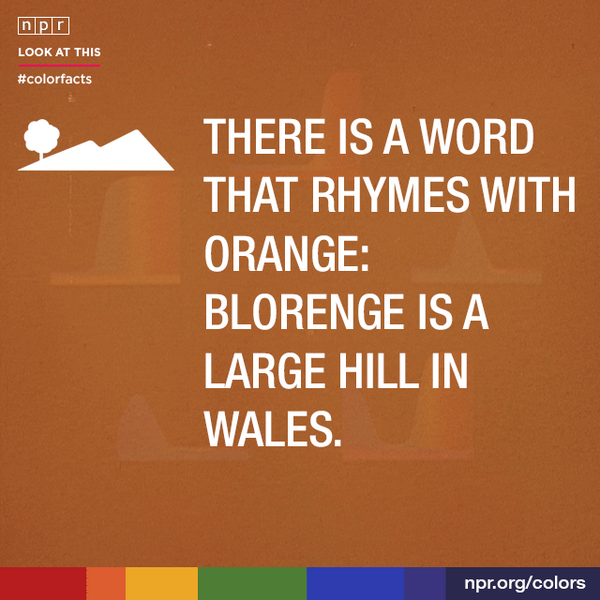 For three of my four years at Syracuse University I was a cheerleader (captain of the squad my last year), and the joke in coming up with cheers was that no word in the English language rhymes with “orange.”

Well, it appears I was wrong.

To the current Orangemen cheerleaders, take this and run with it. You can do it, I know you can 🙂

Does this make me cool?

My alma mater Syracuse University has been named the nation’s top party school by The Princeton Review after a poll of over 130,000 students.

Finishing the category of “party school” (in order) were:

Check the SU party scene in this video from Duke Week this past winter.  And yes, that is my fraternity house at the :49 mark. 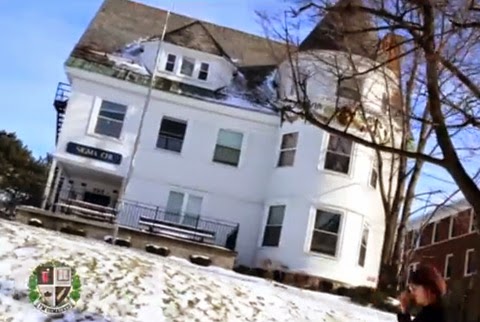 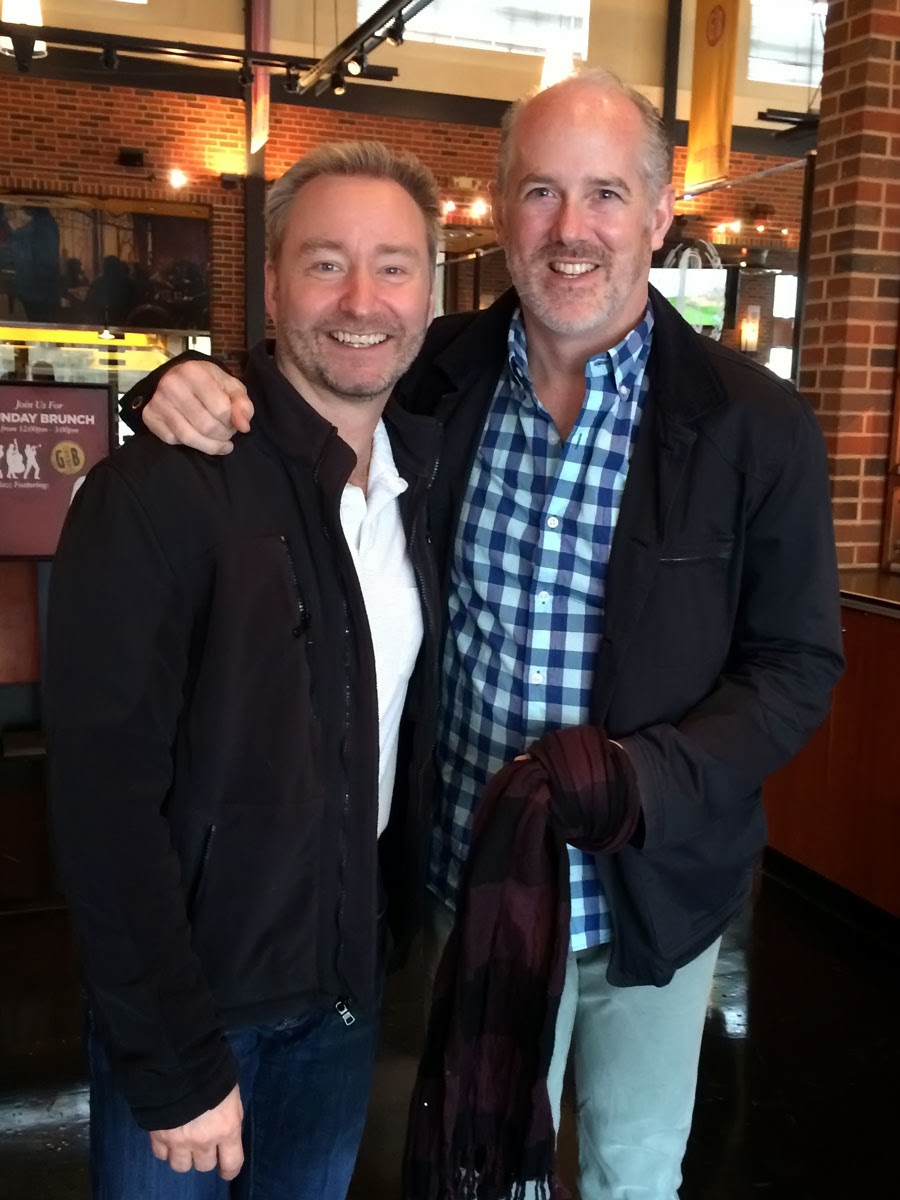 I had a fab lunch/reunion with my fellow Syracuse University alum Jeff Williams today here in Las Vegas as he’s about to open in the Nevada Conservatory Theatre production of “Seminar” – a play by  Pulitzer Prize winner Theresa Rebeck.

A provocative comedy from Pulitzer Prize nominee Theresa Rebeck, which appeared on Broadway in 2011 with Alan Rickman originating the lead role.

In Seminar, four aspiring young novelists sign up for private writing classes with Leonard, an international literary figure. Under his recklessly brilliant and unorthodox instruction, some thrive and others flounder, alliances are made and broken, sex is used as a weapon and hearts are unmoored.

The wordplay is not the only thing that turns vicious as innocence collides with experience in this biting Broadway comedy.

Jeff is a veteran of several Broadway productions (Susan Stroman’s The Music Man; Chitty Chitty Bang Bang; The Pirate Queen) and national touring companies (The Will Rogers Follies; Me and My Girl).  NCT is lucky to have him.

I’m seeing his performance Saturday night and can’t wait. I love to see old friends doing well.  (I had a talent for hanging out with the talented kids in college. I hoped it would rub off….)

College life builds friendships on the foundations of stress, pressure, stress, celebration, stress, youth…  and did I mention stress?  Jeff and I ran in the same crowd back in the day.  He’s always been a talent to be reckoned with, and no matter how many years go by we know we did this “college thing” together.

One of my few regrets from my college days was being cast in a production of Sondheim’s Merrily We Roll Along and not being able to do it.  Jeff was cast as the lead – “Franklin Shepard” and I was to play his best friend “Charley.”  I always remember watching Jeff on his opening night, thinking how fantastic he was in the role, and how I wish I had been onstage with him for that journey.  In theater, we really don’t think about roles as a job – they are, in and of themselves, “a journey.”  I can’t think of the show today without that crossing my mind.

Life goes on, but we remember the things that “got away.”

In our early NYC days, Jeff and Carlye and I saw each other a lot.  But often, it seemed just as I would finish a national tour gig, he’d be heading out on a new one.  He’d come back to NYC and I’d be heading out on tour again.  Time goes by, life moves us on, but if you’ve lived some life with someone, when you see them next it’s as if time stood still.

Sending best thoughts to my fellow “Orangeman” on his opening night.

“Most friends fade
Or they don’t make the grade
New ones are quickly made
And in a pinch, sure, they’ll do
But us old friend what’s to discuss old friend?
Here’s to us,
Who’s like us?
Damn few.”

Thrilling game at the Carrier Dome in Syracuse tonight as Syracuse University beat Duke by 1 in over-time.

Coach Jim Boeheim had this to say: “We’ve had a lot of games in here that have been great, but there’s never been a game as good as this one.”

Tonight’s win put Syracuse at 21-0 for the first time in the school’s history.

As a student at Syracuse University,  I was a cheerleader for three years, my last year as the captain. I cheered many, many games at the Carrier Dome. Exciting times.

Tonight we’d have been out of our minds there on the court.

Congrats Orangemen.  Game of the year. 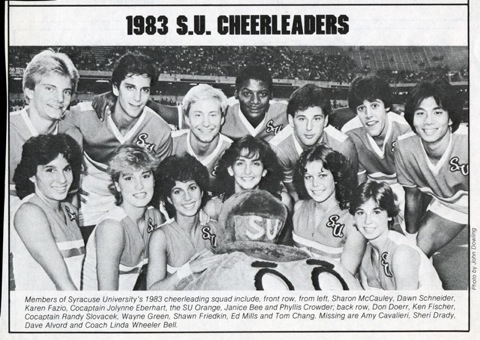 The Syracuse University Basketball team zone is sort of like the weather. Everybody talks about it, but nobody does anything about it.

That certainly was the case Saturday, when Marquette, after buzzing around this NCAA tournament for longer than expected, became the latest fly in the Orange ointment.

Syracuse and its amazing 2-3 zone beat the Golden Eagles 55-39 in a tough showdown between rivals from the Big East.

Syracuse University will face the Michigan-Florida winner in the Final Four.

As a former head cheerleader for Syracuse University – Go Orange!

I attended university at Syracuse University and received a BFA in Music Theatre in 1985.  Arthur Storch was the head of the theatre department and Founder/Artistic Director of Syracuse Stage, the prestigious professional theatre in Central New York state.  (p.s. he also directed and appeared in many plays on Broadway like “Twice Around The Park” and “Tribute.” More on his Broadway career here).

Arthur was a great teacher, but tough.  You never got up in front of Arthur and “made a run at it.”  If you were going to act in Arthur’s class, you better know what you are doing and how you are doing it.  Arthur wanted his students to learn craft.  HOW to act.  Not “hope” it appears.

After running a scene in Arthur’s class, you would explain what aspect of the scene you worked on – intention, obstacle, environment, etc… The students would question & comment on whether they saw that work; this was often “the lambs to the lions.” And then the “king of the jungle” would weigh in.  Arthur was very challenging because he cared.  He wanted you to think for yourself and never stop exploring the work.  Some times, it seemed, you were crushed by him pushing you and your process.  But every now and then, when rare praise would happen, you knew you had taken a real step forward as an actor.

As a senior, I auditioned and was invited to take Arthur’s advanced acting class.

Up to that point I never felt like I was taken seriously as an actor.   I was the “dancer boy.”  Most in the class were Drama majors and directing majors; only a few Music Theatre majors were in the class.  I was excited, intimidated and scared.

I only did one scene in class, with dear Jill McCord.  I was scared to death.  The scene went as planned, the class gave some comments, and then Arthur offered up his estimation.  I’ll never forget – with a smile, he said “I thought it was very good.  I’m glad someone hasn’t wasted their parents money here at SU.”  Simple, but HUGE to me!  What a stamp of approval!  I remember feeling a bit numb, and I remember seeing uber-talented senior drama major Donna Horlitz smile in the back of class.  (This post is practically a stream of consciousness, so forgive me if I leave things out).

At the next Lab (scenes in front of the full acting department and faculty on Wednesdays) Arthur made a point of asking my thoughts on a scene that day in front of the entire department.  And he did so on other occasions.  Some times he would verbally agree (!!!), some times he would just nod and move on after my comments.  But it was flattering that he thought I had something of interest to say.

One day during that senior year, he stopped me to chat about HANDY DANDY, which he had just directed for Syracuse Stage.  I told him how much I liked the play and the approach to the production.  It’s hard to believe I could even admit to having an opinion about it.  He asked me questions, and wanted me to ask him questions.  We spent about 20 minutes – that I never forgot – talking about the play and the process.

All of this meant the world to me and was a serious confidence boost.

To this day, I ask the dancers and actors I work with to keep digging every day  – past opening night.  I recently staged a production of CHICAGO the Musical and all I said to my actors on opening night was “there is no finish line – keep digging.”

Arthur taught me to ask questions.

He taught me about craft. 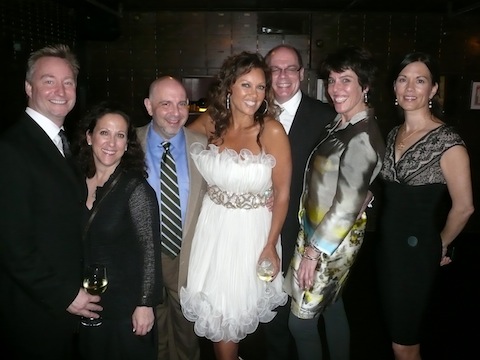 Last night I attended a reunion of several of my Syracuse University classmates at the College of Visual and Performing Arts Gala 2011 to honor Vanessa Williams as this year’s “Icon of Style.”

This was the first time since I left college I had seen a group of my classmates and we had an amazing time catching up over the evening. It was fantastic to see Gary, Tim, Mandy, Meri, Diane and Vanessa all together again.  Thanks to Vanessa for reaching out and getting us together. Let’s do it again next year!