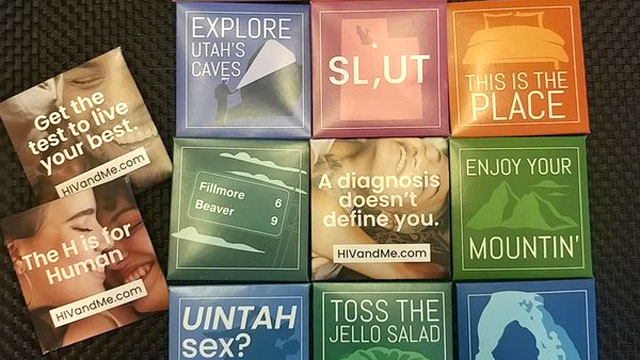 A fun, new campaign in Utah meant to bring awareness to HIV has been summarily canceled by Gov. Gary Herbert over the use of condoms labeled with risqué double-entendres.

Ben Winslow at Salt Lake City’s FOX 13 reports Utah’s Department of Health was ready to hand out 100,000 condoms with wrappers that took various Utah memes and gave them a sexy spin.

Among the humorous designs were: “Greatest Sex on Earth” a riff on the state’s ski slogan ‘Greatest Snow on Earth;’ “SL, UT” as a play on the abbreviation for the state’s largest city; “Fillmore, Beaver” referencing a local landmark; “Don’t Go Bare” featuring an image of a bear; and “This is the Place” pictured over a bed – the phrase was famously uttered by Brigham Young when pioneers found the Salt Lake Valley.

Other states, including Alaska and Wyoming, have taken part in similar campaigns.

The sex-positive messages were created by the advertising firm Love Communication, which was hired by the Health Department.

Before the governor’s action, Erin Fratto, of the Utah Department of Health’s Prevention Treatment and Care Program, told the Salt Lake Tribune, “It’s really just to destigmatize HIV in Utah, and get everybody talking about sexual health.”

“If the condoms are fun, relatable, sex-positive — people are more apt to talk about them, which we’ve already seen,” added Frotto. 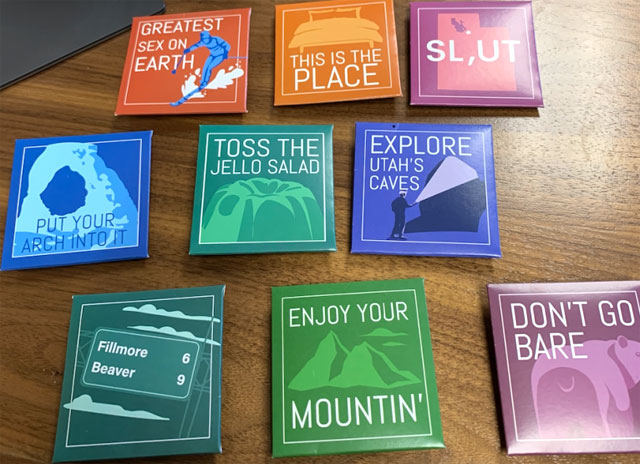 But in a statement to FOX 13, Anna Lehnardt, a spokesperson for the governor wrote, “The Governor understands the importance of the Utah Department of Health conducting a campaign to educate Utahns about HIV prevention. He does not, however, approve the use of sexual innuendo as part of a taxpayer-funded campaign, and our office has asked the department to rework the campaign’s branding.”

The Health Department issued an apology regarding the “offensive packaging,” and admitted, “the designs did not go through necessary approval channels.”

“We remain committed to running a campaign to help in the prevention of HIV and intend to do so in a manner that better respects taxpayer dollars, and our role as a government agency.”