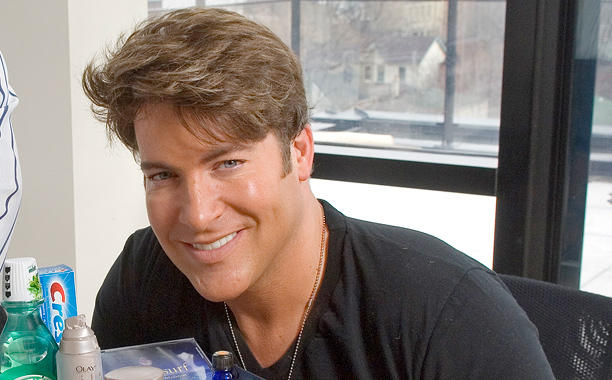 Popular Canadian TV decorating personality Chris Hyndman, of Steven and Chris fame, has passed away at the age of 49. He is survived by his partner and husband Steven Sabados.

From The Globe and Mail:

The CBC reported that Mr. Hyndman’s body was found without vital signs late Monday in an alleyway just east of Toronto’s downtown core. He was 49.

A Toronto Police spokeswoman would not confirm the report, citing privacy concerns and the fact there was no ongoing criminal investigation.

Mr. Hyndman was a well-known design personality and part of “Canada’s reigning lifestyle couple” with his spouse and co-host Steven Sabados.

Mr. Hyndman and Mr. Sabados founded a design and event-planning company in 1992 before going on to star in HGTV’s Designer Guys and Design Rivals and Slice’s So Chic.

In 2007, they launched their own line of furniture, textiles and decorative accessories. The Steven and Chris show followed in 2008, focusing on home decor, entertaining and fashion.

It aired 910 episodes and was going in to its ninth season. It was syndicated in 17 countries worldwide. 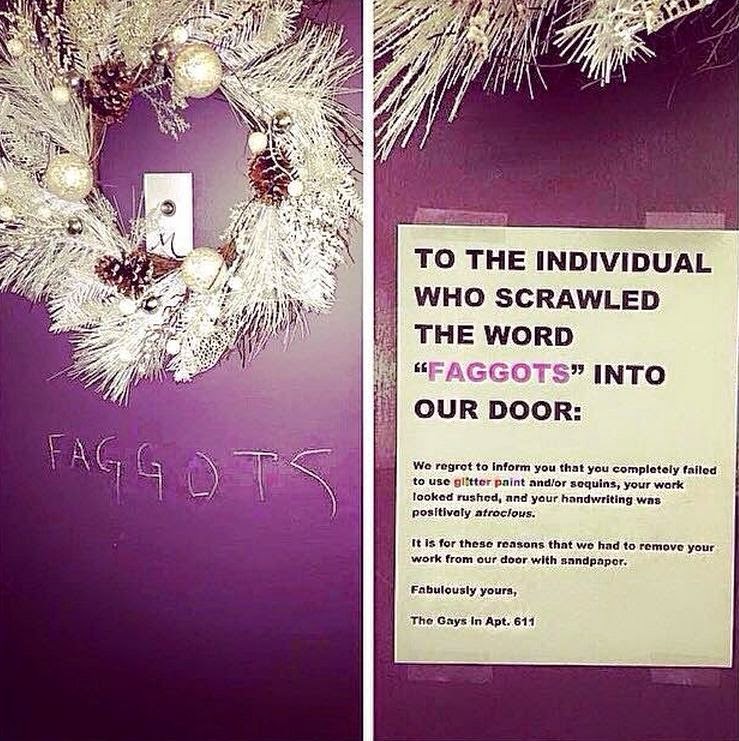 As Metro News reports, a gay couple came home recently to find their front door vandalized by a homophobic jerk.

But instead of stewing in anger, the gays responded in absolutely fabulous style:

“We regret to inform you that you completely failed to use glitter paint and/or sequins, your work looked rushed, and your handwriting was positively atrocious.

“It is for these reasons that we had to remove your work from our door with sandpaper.