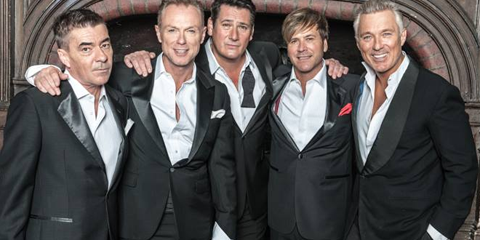 Following hot on the heels of yesterday’s news that Culture Club is releasing new music, 80s British hit makers Spandau Ballet have released a new “greatest hits” collection – “The Story, The Very Best Of Spandau Ballet” – which includes three new tracks: “This Is the Love,” “Steal,” and “Soul Boy.”

The iconic 80s band sold over 25 million records, scored numerous multi-platinum albums and amassed 23 hit singles across the globe since their humble beginnings as a group of friends with dreams of stardom in the late 1970s.

After a 20 year hiatus, the band reformed in 2009, embarking on a sold-out tour.

Check out “This Is The Love” below and find the full album on iTunes.