Spain’s Constitutional Court is expected to rule on an appeal against the country’s gay marriage law, seven years after the legislation was approved.

The conservative Popular Party filed the appeal in 2005 on the grounds that “marriage” in the Spanish constitution meant the union of a man and a woman in matrimony.

A court spokesman said the tribunal will meet later Tuesday to study the appeal and is expected to vote.

Spain’s Parliament passed the gay marriage bill in June 2005 when it was Socialist-controlled, with only Popular Party deputies opposing. The Popular Party has since come to power.

UPDATE: The verdict is in and it’s GOOD news!

Spain’s Constitutional Court upheld the legality of the country’s gay marriage law on Tuesday, rejecting an appeal contending that marriage in the Spanish constitution means only the union of a man and woman. 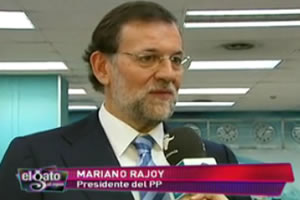 The Socialist government of Prime Minister Jose Luis Rodriguez Zapatero, which swept into office in 2004, looks to be on the outs. Polling shows the conservative Popular Party (PP) with a 15-point lead over Socialists.

Zapatero’s government legalized gay marriage over the objections of the Catholic Church and the PP, which filed a legal challenged to the law based on technical grounds.

Mariano Rajoy, the leader of the PP, has previously said he believes the law is unconstitutional and that he would “change” it even if the nation’s highest court ruled it constitutional.

“I will listen to the court, but I don’t like the fact that there is gay marriage and I don’t think it is constitutional,” he told daily El Pais. “What I don’t like is the word ‘marriage.’”

While repeal of the law seems doubtful, gay and lesbian couples in the country are taking the threat seriously. In the past several months, a sharp uptick in the number of couples marrying has been reported in the Spanish press.
(via OnTopMagazine)