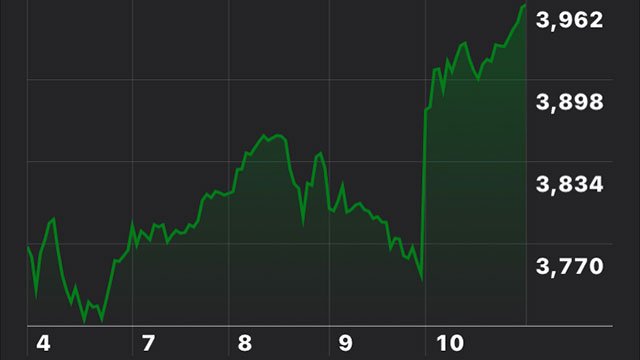 The S&P 500 had its best day since April 2020 after new data indicated that inflation had cooled in October. The Dow Jones closed up nearly 1,200 points. END_OF_DOCUMENT_TOKEN_TO_BE_REPLACED 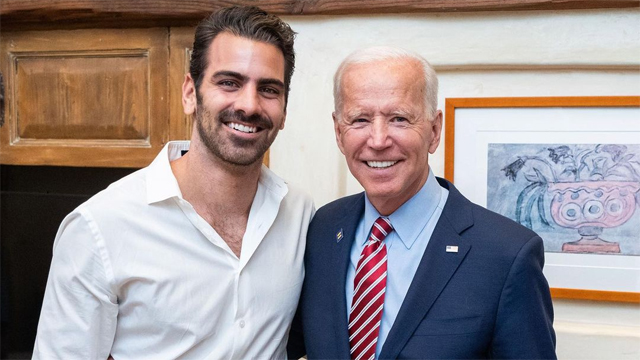 • Out: Model, actor, and activist Nyle DiMarco (above) has something in common with President-elect Joe Biden – they both have new gigs. The America’s Next Top Model champ is one of a group of stars to appear in V Magazine’s 2021 calendar.

• CBS News: Signaling a continued break with President Trump the day before he leaves office, Senate Majority Leader Mitch McConnell blamed Mr. Trump in part for the assault on the U.S. Capitol earlier this month, saying the pro-Trump mob that overran the building was “provoked by the president and other powerful people.”

• CNN: Donald Trump has reportedly been talked out of issuing presidential pardons for himself and his family as well as certain Republican lawmakers said to be nervous about their legal vulnerability for their part in the U.S. Capitol insurrection.

• LA Times: The 232-bed Vignes Street development has shattered the axiom that homeless housing takes years to build and is exorbitantly expensive. From start to finish in under five months and at a cost of about $200,000 per bed, it has shaved years and hundreds of thousands of dollars off a traditional homeless housing project.