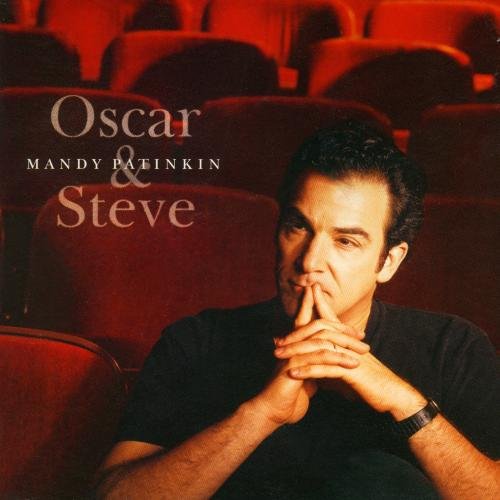 I was recently reminded of this 1995 recording by Mandy Patinkin of “You’ve Got To Be Carefully Taught” paired with “Children Will Listen” from Stephen Sondheim’s Into The Woods.

At the time of the album release, some folks decried what they felt were Mandy’s vocal “histrionics” in his take on the Rodgers & Hammerstein song.

But I always liked it; I found his yelling the line, “You’ve got to be taught before it’s too late, before you are six or seven or eight, to hate all the people your relatives HATE!” compelling and evocative.

Pairing the song with a very tender, sensitive rendition of “Children Will Listen” (from the brilliant Into the Woods) brought home the same lesson Hammerstein was going for but in Sondheimian manner.

Looking at the divisive political landscape today, I think it’s pretty spot on. 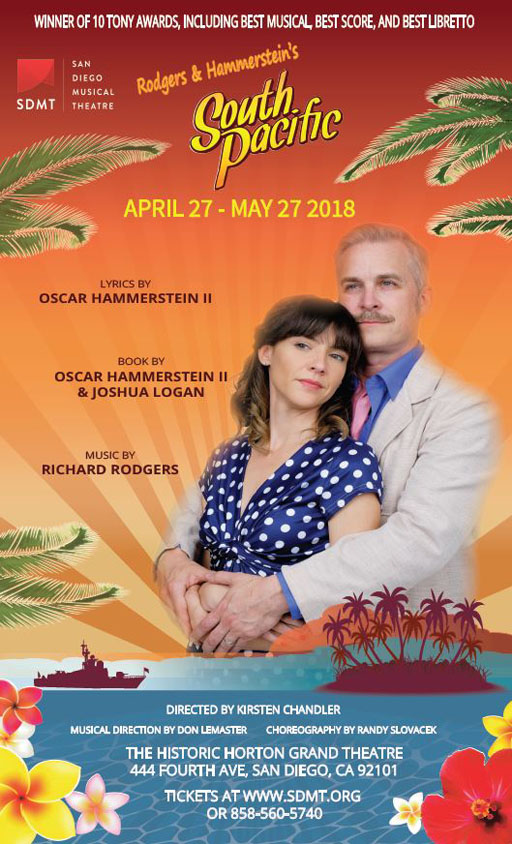 As I’ve previously mentioned, I’m currently down in San Diego where I’m on musical staging duty for a new production of the Rodgers & Hammerstein hit South Pacific for San Diego Musical Theatre.

The powers that be released this little video preview from rehearsals featuring director Kirsten Chandler (who I’m loving collaborating with), Robert Townsend as “Emile De Beque,” Carolyn Agan as “Nellie Forbush” and our terrific company.

You know the songs – “Some Enchanted Evening,” “There Is Nothing Like A Dame,””Younger Than Springtime,” “Wash That Man Right Out Of My Hair” and so many more.

The smart research folks at SDMT share these little known facts about the show:

• Juanita Hall, who had played “Bloody Mary” in the original Broadway production, obviously sang her own songs onstage, but was dubbed in the film version at the request of composer Richard Rodgers. Rodgers and musical director Alfred Newman brought in Muriel Smith (who had played Bloody Mary in London).

• Dating back to the development of the stage musical, Richard Rodgers and Oscar Hammerstein II were pressured to eliminate the song “You’ve Got To Be Carefully Taught,” but they resisted. The movie was greeted with objections and even boycotts in certain parts of the country specifically because of the song.

• France Nuyen had not yet learned English when playing the role of “Liat”. Fortunately, she was able to converse in her native language (French) with co-star Rossano Brazzi, who spoke French as well as his native Italian.

• The love scenes between characters “Joe Cable” and “Liat” were considered shocking by the still conservative standards of the late 1950s.

• The film adaptation of “South Pacific” ran for just under 4 years and 6 months at the Dominion Theatre in London. It opened on April 21st, 1958 and closed on September 30th, 1962, for an unbroken, record run that will probably never be equaled.

Watch a bit of the behind-the-scenes action below and check the official website for more info.

We begin performances next Friday and run through May 27.