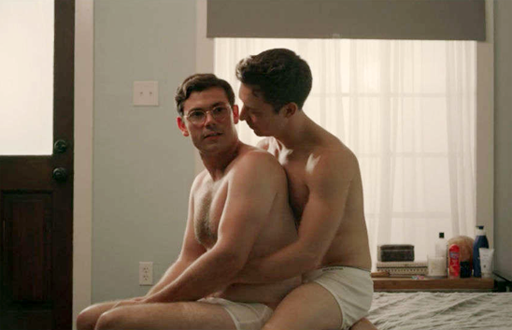 What I’m watching this weekend:

Ryan O’Connell’s unconventional comedy series is based on his own experiences as a gay man with cerebral palsy navigating sex and a career in TV. He not only stars in the series, but also serves as writer and executive producer.

Critics are loving the depiction of a physically challenged gay man through O’Connell’s lens. In one episode, he is convinced by a friend to hire a sex worker in order to lose his virginity. Instead of being ‘tragic,’ the sequence moves from awkward, to touching and eventually to a sweet, sexy resolution.

“It feels very surreal, because I didn’t think that any of this could be possible,” he said. “I’ve been working in Hollywood for six years now, and I know that even the best ideas, even the best shows, with the best talent attached, the odds of one actually getting shot and made and released is very medium rare.”

Leo is 22 and sells his body on the street for a bit of cash. The men come and go, and he stays right here — longing for love. He doesn’t know what the future will bring. He hits the road. His heart is pounding.

Felix Maritaud plays Leo, a French hustler who’s a beguiling homo-goulash of low self-esteem and empathy, who falls in love with gay-for-pay Ahd (Eric Bernard), who doles out tenderness, disgust, and violence in equal doses.

Now in limited release in theaters with new cities added each week.

Official synopsis: “On the 10th anniversary of his dad’s death, Joris still tries to come to terms with his father s absence when he meets the free-spirited Yad, who returns back home to his family after living on his own. Although very different, there is an instant spark between the two and they want to be more than just friends , but both have issues with their mothers that threaten to jeopardize their relationship.”

Cindy Lou Peeples at Frameline wrote, “Refreshingly, the family conflict in this romantic comedy is not that Joris and Yad are gay, but that they are defying family expectations in other ways and must make a new set of choices about how to be themselves.”

Available for rent on iTunes and Amazon Prime.

The trailer for the new season has been viewed over 55 million times of YouTube, and fans can’t wait.

I’ve been hit or miss with the mega-hit show, but my hubby loves it, as do countless others.

Grab your dragon and tune in tonight on HBO.