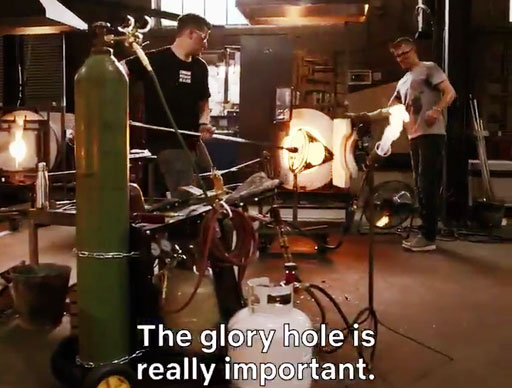 For those who may not know, Blown Away is the new series on Netflix featuring ten contestants in a glass blowing competition. The ultimate winner is crowned “Best in Blow.”

Netflix tweeted this short video today delving into the importance of a “glory hole,” which we all know is a furnace where the glass blowers reheat their glass. 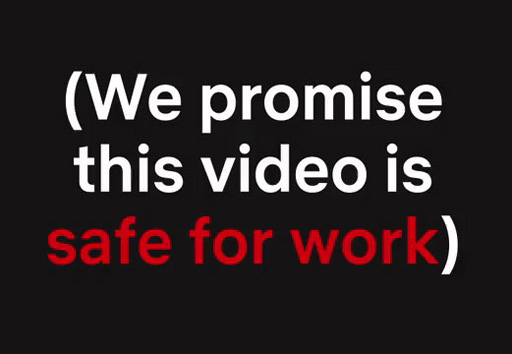 As you can see in the clip, glory holes come up a lot in the show.

“We get assigned a glory hole…”

“But we had spent too much time outside the glory hole…”

“It got too big to go back into the glory hole…”

After three recent mass shootings, I can laugh at some gay-centric humor, ok? LOL 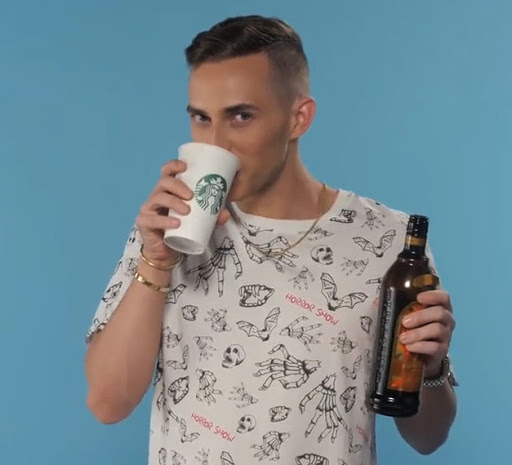 When most of the U.S. finally falls into autumn and a whole bunch of folks do a happy dance for all things pumpkin spice.

In fact, the venerable Pumpkin Spice Latte is already back in residency at Starbucks marking the 15th consecutive year of the concoction, which the coffee giant says is its most popular seasonal beverage.

Of course, you have to begin with the aforementioned PSL from Starbucks, which Rippon awards a healthy “4 pumpkins.”

Next up, pumpkin spiced Kahlua which clearly takes awesome Adam by surprise. “Shut the video down, this is f**king amazing,” raves Rippon.

He then pours the liquer into the latte, and bam! We have a 5-pumpkin winner!

Rippon moves on to food next tasting a pumpkin spice bagel with pumpkin spice cream cheese. Who wants to guess how that works out?

Annnnd, back to the Kahlua latte.

The cereal acquits itself well, but the almond beverage is apparently some serious version of nasty.

In fact, there’s only one way to salvage this breakfast. Want to take a guess? 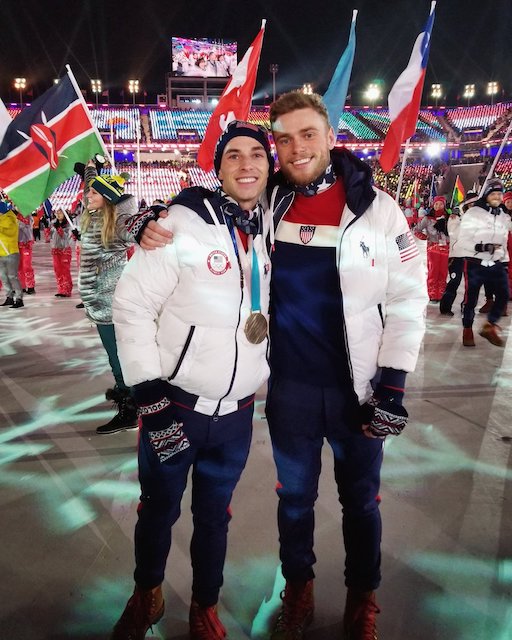 Out Olympic freestyle skier Gus Kenworthy is having a sassy time on the Twitter today as he enjoys the closing ceremonies in PyeongChang.

From sharing the news of Team Russia’s gold medal win in men’s hockey (“Russia’s biggest win since the 2016 Presidential election!”) to questioning Ivanka Trump’s “hard work” to get to the Olympics to teasing his new bestie Adam Rippon (“Please stop calling me. You’re honestly starting to get v clingy and I can’t anymore”).

Russia’s biggest win since the 2016 US Presidential election! https://t.co/UQU6cWPs8Z

So proud of all these people! Everybody here has worked so hard to make it to the Olympics and have the opportunity to walk in the closing ceremony! Well… Everyone except Ivanka. Honestly, tf is she doing here?? pic.twitter.com/sfJKi0VTDb

Two weeks ago, at opening ceremonies, we met and a friendship began. Today, at closing ceremonies, it ends. @Adaripp, please stop calling me. You’re honestly starting to get v clingy and I can’t anymore. pic.twitter.com/h9GArWda9b 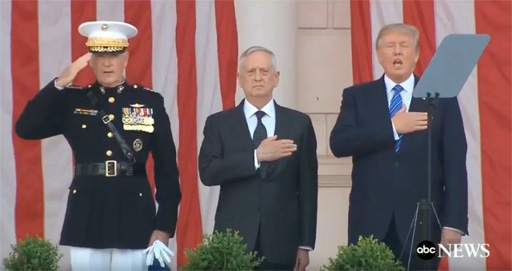 Check out comedian Peter Sarafinowicz’s hysterical voicing of Donald Trump singing the “Star-Spangled Banner” during the solemn opening ceremonies at the Tomb of the Unknown Soldier on Memorial Day.

Trump seems to have had a rollicking good time, huh? 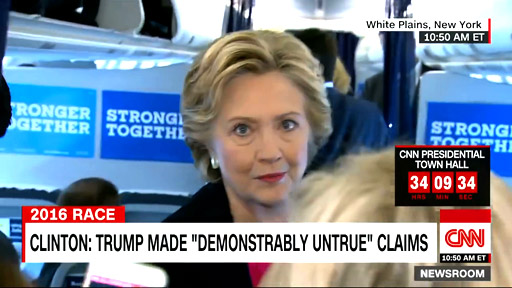 After a short gaggle with the traveling press corp on her campaign plane, Democrat Hillary Clinton started to head back up front to her seat when a reporter asked about Donald Trump’s complaint today that his debate microphone had malfunctioned.

The former secretary of state returned to deliver this zinger:

“Anybody who complains about the microphone is not having a good night.”

Check the press corp’s reaction as she exits. 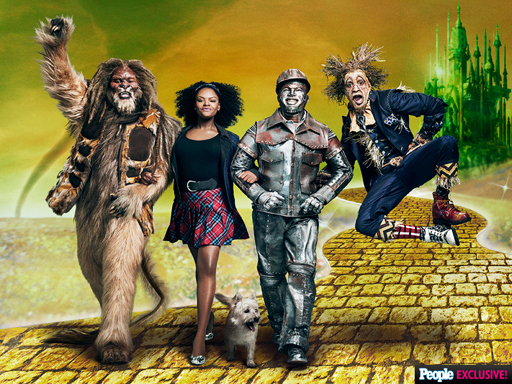 Not only was NBC’s magical The Wiz Live! most marvelous, whoever they let run the network’s Twitter feed was on fire for the gays! Read just a sample of the twitter shizzle below: 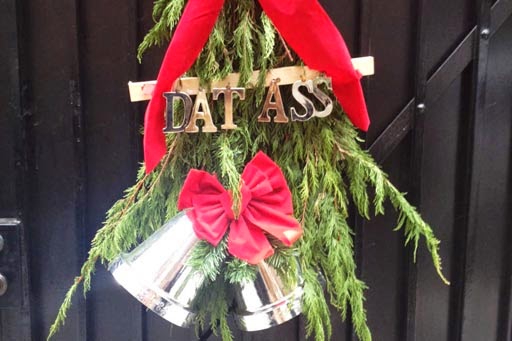 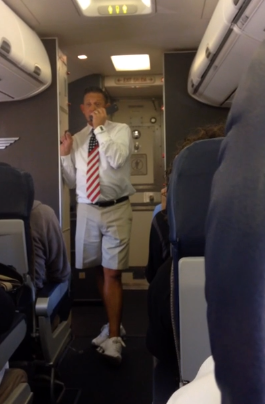 I love the humor the flight attendants use on Southwest. Much more interesting and fun than the dry, droll “same old, same old” you get with the other airlines.

My favorite line here: “Seat belts should be low and tight across your hips just like the hot pink Speedo I’m going to be wearing when I get the three of us to a hotel hot tub tonight.”

The flight attendant also threw a cocktail party in mid-flight according to the YouTube poster.

The holiday season is upon us and that means there are going to be new Christmas ads popping up between now and the end of the year.

First up in the race to come out on top: Joe Boxer with a short yet sweet ad that will have your junk jingling.


I gotta say, though, this does remind me of a similar video from the world famous Chippendales. See the similarity?