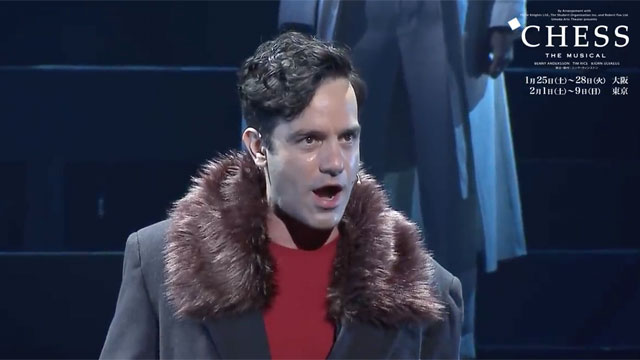 I loved working with Samantha in CHICAGO in LA at the Hollywood Bowl. What a knockout talent! And the most down-to-earth person you’d ever want to meet.

And Ramin is, well, Ramin. It’s a proven impossibility for me to listen to him sing anything just once.

I have a slight obsession with this musical.

I saw the original production in London starring Elaine Paige and Tommy Körberg, both of whom delivered gorgeous performances. That production ran three years.

The Broadway production fared less well as Trevor Nunn attempted to ‘fix’ the show. And he fixed it into a flop. But the gorgeous score remained including a new song for the leadling lady Florence in the form of “Someone Else’s Story.”

Tony Award nominee John Herrera starred in the first U.S. national touring company along with Carolee Carmello and Stephen Bogardus (I can’t believe I know them all) which attempted to re-fix the show again.

Part of the problem with the show was it was written during the Cold War with Russia. As the world moved past that political impasse, it’s now hard to make that aspect of the story play.

If you head over to Wikipedia, there’s an extensive breakdown of the history of the show and the many attempts to bring it to the level of success so many of us want to see.

In any case, the score (by ABBA’s Benny Andersson and Björn Ulvaeus) remains a glorious thing.

Lucky Osaka… For now, we have this: 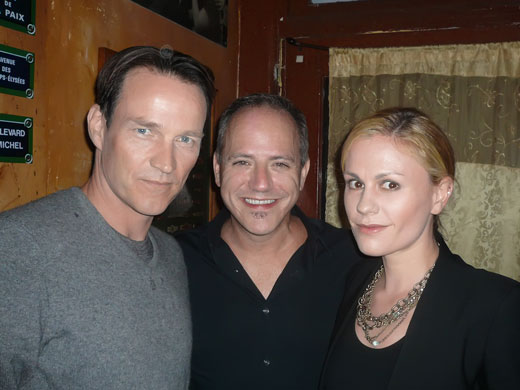 Last set of pictures from my little adventure back into “CHICAGO-land.” Some backstage snaps and some bits of the show in performance.

Thanks for taking the ride with me.

Here’s the opening number from CHICAGO the Musical at the Hollywood Bowl opening night.

Samantha Barks and the company in “All That Jazz.”

I appreciate that someone posted it, although I wish they’d pulled back a bit so you could the whole number as the directors intended.

A sneak peak at rehearsal’s and one-one-one cast and creative team interviews for The Hollywood Bowl’s production of CHICAGO.

Brooke Shields, Stephen Moyer, Ashlee Simpson, Samantha Barks, Lucy Lawless all give interviews to Broadway World about this weekend’s performances at the Bowl.

Plus, there are a few short clips of a couple of the production numbers from the show. Hit around the 18 minute mark for Brooke Shields and some “All That Jazz” footage.