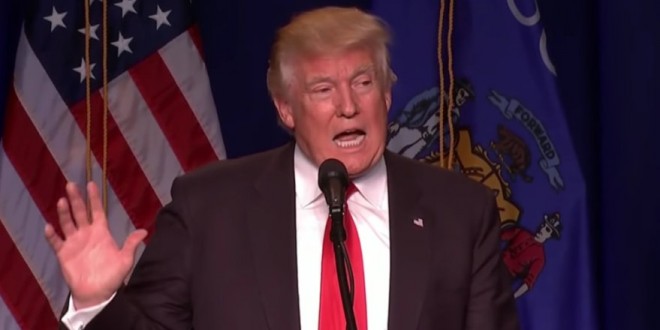 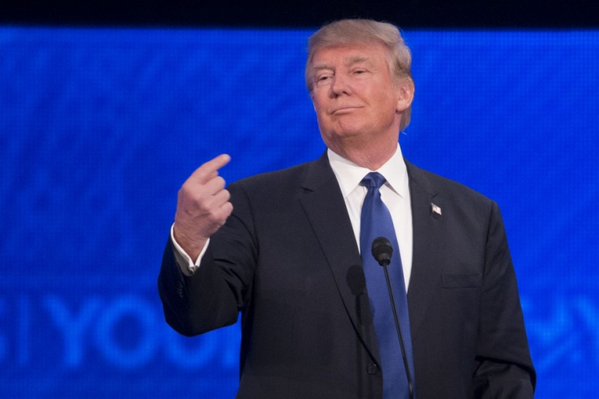 For all those folks who think the United States would be better off economically with Donald Trump in the White House, think again.

The Economist’s Intelligence Unit ranks the idea of a Trump presidency as one of the ten worst risks to financial stability in the world.

Donald Trump winning the US presidency is considered one of the top 10 risks facing the world, according to the Economist Intelligence Unit. The research firm warns he could disrupt the global economy and heighten political and security risks in the US.

However, it does not expect Mr Trump to defeat Hillary Clinton who it sees as “his most likely Democratic contender”. He is rated as riskier than Britain leaving the European Union or an armed clash in the South China Sea.

China encountering a “hard landing” or sharp economic slowdown and Russia’s interventions in Ukraine and Syria preceding a new “cold war” are among the events seen as more dangerous. 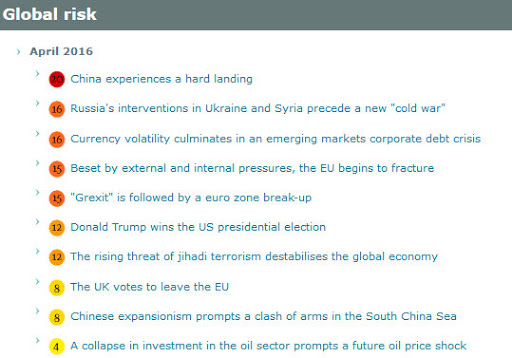