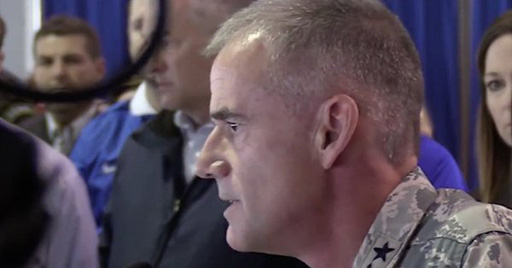 It’s been several months since we saw outright, stone-cold leadership.

And so, I give you Lt. Gen. Jay Silveria, the superintendent of the Air Force Academy.

On Wednesday, the mother of a student at the Air Force Academy Preparatory School posted a photo of a whiteboard outside her son’s room. A message had been scrawled on the board: “Go home n*****.”

The same message was written on five Black cadets’ boards.

The incident is being investigated, but in the meantime Lt. Gen. Silveria assembled all 4000 cadets and cadet candidates, instructors, and officers.

The head of the Air Force Academy delivered a resounding message on Thursday in response to racial slurs that were found on the academy’s campus, saying that if students could not treat their peers of different races with respect, “then you need to get out.”

In a five-minute address in front of the academy’s 4,000 cadets and 1,500 staff members, Lt. Gen. Jay Silveria affirmed the Air Force’s belief in “the power of diversity” and insisted that “small thinking and horrible ideas” had no place there.

He was responding to racial slurs that were found on the dormitory message boards of five black students at a preparatory school on the academy’s campus on Monday, said the academy, which is investigating.

“If you’re outraged by those words then you’re in the right place,” General Silveria said. “You should be outraged not only as an airman, but as a human being.”

Please note the calm, strong focus in Silveria’s eyes and the absolute confident tone of his voice. This man is speaking from his core.

This is how a leader addresses racism.

This man is a leader.

I highly encourage you (and Donald Trump) to watch the full five minute clip below.

You need to watch this right away…trust me. Thank you Lt. Gen. Jay B. Silveria for your service. pic.twitter.com/WPUVl0mXJh 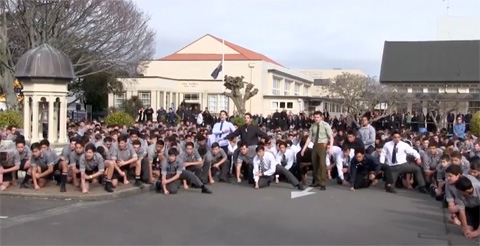