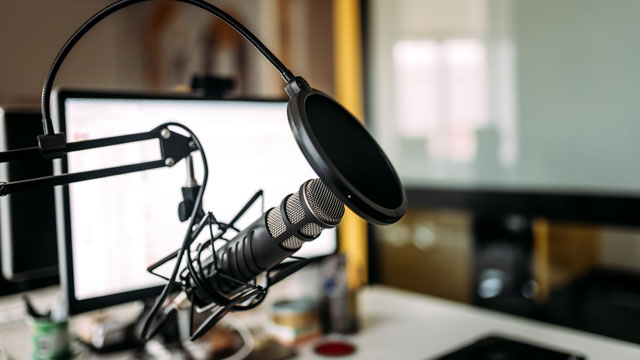 I received a totally unexpected surprise in my email today informing me my podcast, The Randy Report, was named one of the 20 Best Entertainment Podcasts of 2021 by Welp Magazine.

Not only is it flattering for the podcast to be acknowledged, but The Randy Report was recognized alongside major podcasts in entertainment reporting including Entertainment Tonight!

I really, really appreciate the inclusion in the list more than I can say.

The podcast began as an extension of this here blog thingy.

During the early days of The Randy Report blog, I co-hosted an online radio show called The Candi & Randy Show. It was something I’d never thought about doing, but the host, Candi Fox, asked me to join her after I’d done an interview and it was a lot of fun.

I eventually had to step away because my plate was getting waaaay full between blogging and writing for other outlets. But I missed the vocal part of sharing LGBTQ news. So a couple of years later, I launched the podcast.

If you are a regular listener, you may have noticed that, unlike most podcasts, I have no advertising on the show. I set out to offer a succinct LGBTQ news magazine that would be convenient to listeners, and I didn’t want the clutter of ads.

Fortunately, I’ve been able to do that for more than 200 episodes. And every episode sees continued audience growth which really makes my gay heart leap up.

While we’re on the topic, I’ll add I was very proud when Metrosource included me in its “15 LGBTQ Podcasts To Keep You In The Know.” That, too, was super-cool.

Thanks to all of you listeners who join me for what I like to call “the 60 Minutes of gay news…only shorter.”

If you don’t already, check out some episodes – a mix of celebrity interviews and weekly news round-ups – everywhere you get your podcasts including iTunes, Stitcher, iHeartRadio, Soundcloud and Spotify.