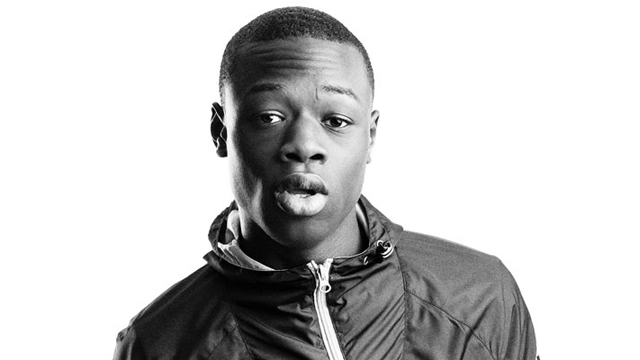 Rapper J Hus began a Twitter firestorm when he tweeted accusations of Europeans “weaponizing” homosexuality and “forcing LGBT onto” Africa.

The London-based rapper’s initial tweet (which has since been deleted) read, “STOP FORCING LGBT ONTO US. Live your life I don’t care but don’t force it onto me especially when you don’t wanna recognize these black struggle.” 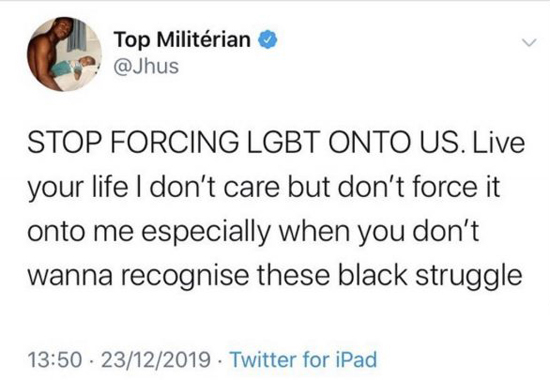 Of course, that was quickly followed with a denial of being homophobic saying he’s good with the gays because “The more gay men the more women for me.”

In another tweet J Hus deleted, he added, “They try force Ghana to include LGBT into their education when its not their culture. You can’t tell me they don’t try force it on us.”

After a lot of backlash from the Twitterverse, the rapper stood down saying, “Okay maybe I’m wrong then. Forgive me. I don’t wanna offend anyone. From my point I saw things different. You can school me.”

Making a point to say he “never once said” he hated anyone, J Hus threw in, “To me it looked like they was weaponizing it against us. But do ur thing.” 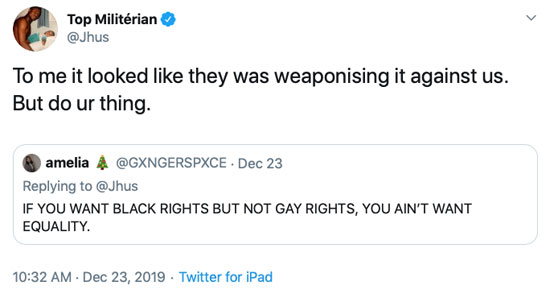 “Yeah I see all the tweets,” wrote J Hus as he tried to step away from the issue. “The culture I practise, we’re not familiar with these things that’s why I have a different view. I don’t hate anyone but I stand up for my culture. Don’t take no offence. Live your life happily.”

Among those who spoke out during the tweetstorm was rapper MNEK, who is both black and gay, who wrote, “Ok so are you saying that LGBT people are exclusively white? that there’s no such thing as intersectionality? that fans of your music who are both black and lgbt, myself included, don’t understand black struggle either? i just want to be clear.”

.@Jhus ok so are you saying that LGBT people are exclusively white? that there’s no such thing as intersectionality? that fans of your music who are both black and lgbt, myself included, don’t understand black struggle either? i just want to be clear.

1) Black LGBT people exist
2) Many black lgbt people have fought for black liberation – James Baldwin, Angela Davis, Audre Lorde, to name a few
3) No one is forcing queerness on you. Ever been beaten up for being straight? No. But many gay & trans ppl are physically attacked

4) The reality is that being straight, or being cisgender, is actually forced on people. Otherwise gay people wouldn’t be scared to hold hands in public, whereas straight couples can do it without fear