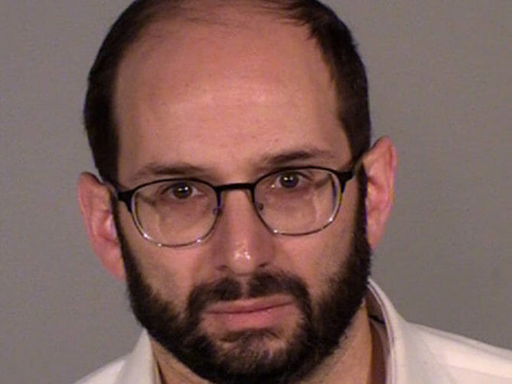 A former Rabbi in Minnesota pleaded guilty last Friday to engaging in electronic communication describing sexual conduct with a child.

Aryeh Leiv Cohen thought he was exchanging messages with a 16-year-old boy on Grindr back in January, but in reality, he was chatting with an undercover cop.

According to court documents, the undercover agent told Cohen several times he wouldn’t turn 16-years-old until August, to which Cohen responded, “It’s a little illegal…” but would then go on to describe the sex acts he was hoping to engage in.

On February 1, a meeting was setup between the former rabbi and the ’16-year-old’ at an apartment building in North St. Paul.

Upon his arrest, the 44-year-old reportedly told the police, “I sort of deserve it.”

He also allegedly told the officers that he didn’t “think much would happen” when he arrived at the apartment because the person he believed he was meeting was ‘sexually inexperienced.’

The arrest was part of a sting operation aimed at combating the online solicitation of sex with minors. Several others were also arrested in conjunction with the undercover operation.

Cohen had been working as a rabbi and director of youth outreach for the Minneapolis Community Kollel, a Jewish learning center.

The center immediately issued a statement upon learning of his arrest that he’d been relieved of his duties.

Local ABC News affiliate KSTP reports that Cohen is scheduled to return to court for sentencing on January 16.