“Turn to Leviticus 20:13 because I actually discovered the cure for AIDS.

‘If a man also lie with mankind, as he lieth with a woman, both of them have committed an abomination: they shall surely be put to death. Their blood shall be upon them.’

And that, my friend, is the cure for AIDS. It was right there in the Bible all along — and they’re out spending billions of dollars in research and testing. It’s curable — right there. Because if you executed the homos like God recommends, you wouldn’t have all this AIDS running rampant.”

Watch the sermon below where he calls for the execution of all “homos” as the cure for AIDS. 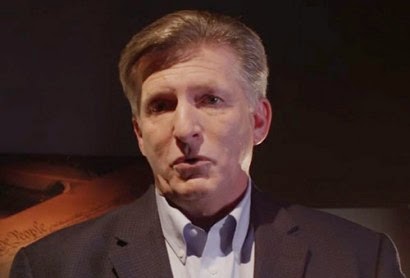 Conservative radio host  and “citizen reporter” Rick Wiles shared on a recent show that an outbreak of Ebola in the U.S. could be a good thing in terms of an “attitude adjustment” for all the gays, atheists, and other folk who aren’t “protected by God.”

“Now this Ebola epidemic can become a global pandemic and that’s another name for plague. It may be the great attitude adjustment that I believe is coming.

In related news, Harlem Pastor James David Manning issued a call today for God to curse those who support homosexuality with Ebola. 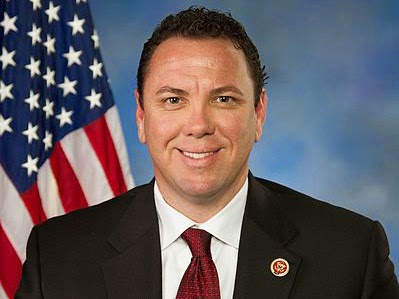 Heath Peacock, the husband of the woman caught on video making out with “conservative Christian” and gay marriage opponent Rep. Vance McAllister, has issued a statement.

“I know his beliefs. When he ran one of his commercials, he said ‘I need your prayers,’ and I asked, ‘When did you get religious?’ He said, ‘When I needed votes,'” Heath Peacock, 34, told CNN Tuesday. “He broke out the religious card and he’s about the most non-religious person I know.”

“He has wrecked my life,” Peacock added.

“It was just a kiss, that was all it was, but it embarrassed me and my family. This guy has turned my life upside down,” he said.

“I’m just freaking devastated by the whole deal, man. I loved my wife so much. I cannot believe this. I cannot freaking believe it. I feel like I’m going to wake up here in a minute and this is all going to be a bad nightmare,” he continued.

Peacock, who has been married to his wife for six years and have a six year old son, says the couple is now headed for divorce. 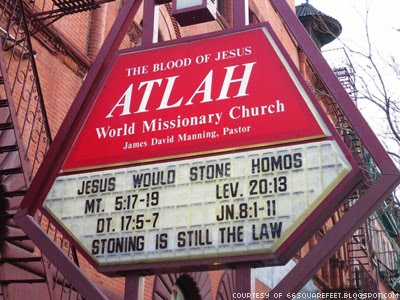 The Blood of Jesus Atlah World Missionary Church has been advertising that this on their church sign:

“Jesus would stone homos.  Stoning is still the law”

In light of that, NYC lesbian Jennifer Louise Lopez showed up at the church’s front door for her stoning.

Apparently you have to make an appointment.

More at the Advocate. 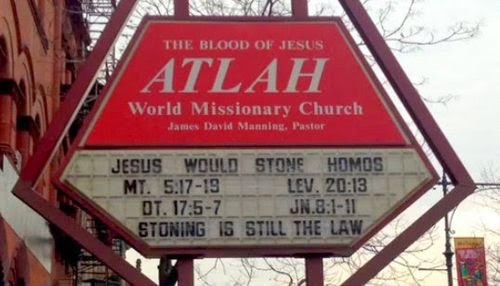 I’m no expert, but I’m fairly certain Jesus Christ would NOT stone homosexuals.

And I’m also confident that stoning is NOT “still the law.”

Pastor James Manning on Manhattan continues his crusade against the LGBT community.

I always wonder what constitutes “context” for these folks…