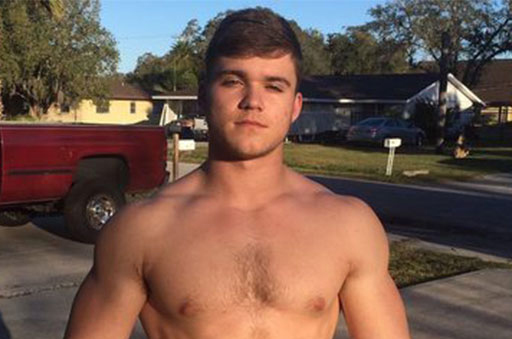 Adult performer Kyle Dean (real name Brandon Jason Chrisan) has passed away at the age of 21.

No cause of death has been released. Toale Brothers Funeral Home lists the date of his passing as September 28.

An obituary there shares that Dean “loved to play football and physically train his body.”

“He won fourth place in an Adult Physique Competition at the age of seventeen,” the entry adds.

According to South Florida Gay News, Dean had several arrests over the past few years involving “multiple drug and burglary convictions.”

In March of 2017, he was ordered to take part in a drug intervention program.

SFGN also notes that Dean was described by some online commenters as “gay-for-pay,” often requesting pre-paid Uber rides or presents from his Amazon wishlist.

But it’s worth noting that people from every walk of life succumb to drug use or suicide.

Over the past 20 years, having lived in Las Vegas and the San Fernando Valley in Los Angeles, I’ve met several adult performers who have their lives together and continue to thrive.

It might be just this writer’s opinion, but perhaps because these people are in the public eye, to whatever degree, their deaths get more scrutiny than people in other walks of life?

“They are individuals,” she emphasized.

There is an interest in the passing of adult performers as evidenced by the traffic these posts receive.

But I freely admit I’m not a trained professional in assessing the issue. I’m just a writer thinking out loud. 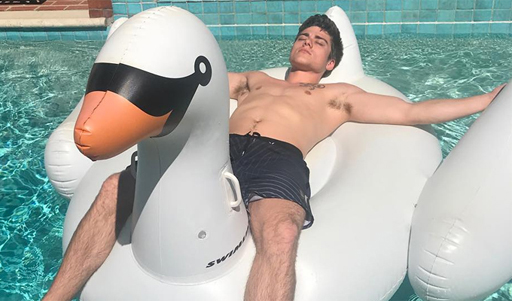 In a new video posted to his YouTube channel, Mitchell laments the pressures his career has on his personal life.

First of all, the handsome adult performer finds there are a lot of folks who may appear to have dating potential, but then it turns out his celebrity is what they’re after.

“I have had situations where I have been interested in someone, and we have been hanging out for a while, when they suddenly start asking me for a shout-out, or for me to promote this or that,” he shares.

“I’ve been out to the bars before and people will say things to me that, because I am a sex worker, they think it is acceptable to say to a total stranger: complimenting my… size, or my body, making sexual remarks to me,” says Mitchell. “Besides making me uncomfortable, if I am with someone who I am interested in, this can be a little embarrassing.”

A little tease from an upcoming photoshoot with @alejpalphoto x @helixstudios
A post shared by Blake Mitchell (@mrblakemitchell) on May 31, 2018 at 10:53am PDT

“My significant other has to sit at home while I make frequent trips across the country,” says the 20-year-old. “While they are left home alone, I am having sex with other people, sometimes several other people.

All that said, Mitchell makes it clear he has no intention of giving up a career he’s passionate about and enjoys. He sums up his thoughts by thanking his fans for their support and positivity.

“I appreciate and am deeply grateful to be in the position that I am, to have so many of you want to follow along and engage in my personal journey. But that doesn’t change the fact that all of that support and positivity, it’s all confined to my cell phone, to a 3×6” piece of plastic, metal, and glass. When I’m laying in bed at night, and I turn my phone off to get ready for bed, I’m alone. At that point, it doesn’t matter if I have 1 million or 100 subscribes, when I turn my phone off for the night, I have none.”