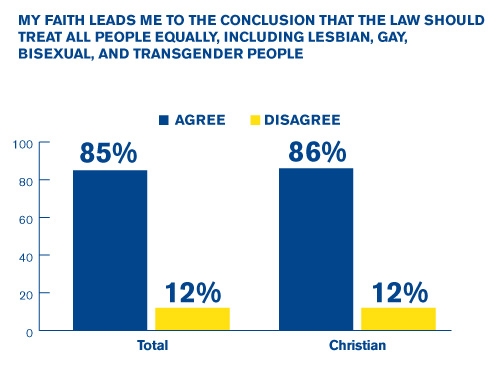 The poll, done by HRC and Greenberg Quinlan Rosner Research, shows that Christians of all ages support LGBT equality.

74 percent of Christians (compared to 76 percent overall) favor a law to prohibit bullying and harassment against minority groups in schools, including LGBT students or the children of LGBT parents.

70 percent of Christians believe that when religious leaders condemn LGBT people it does more harm than good.

A majority of Christians – 52 percent – also oppose the discriminatory Defense of Marriage Act, according to a previous HRC poll by Greenberg Quinlan Rosner Research poll. 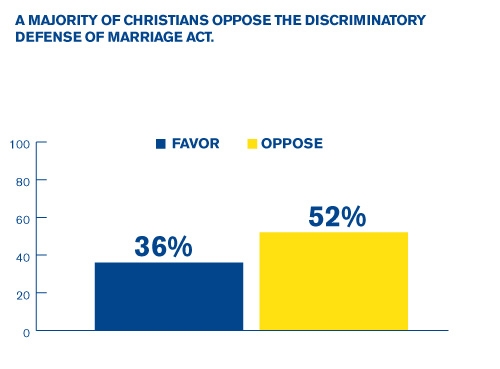 Finally, an astounding 86 percent of Christians believe their faith leads them to the conclusion that the law should treat all people equally, including LGBT people.

More graphics at this link.

From The Human Rights Campaign: American voters oppose, by a large margin, the Defense of Marriage Act – the law that forbids the federal government from recognizing legally married same-sex couples – as well as efforts by the House Republican leadership to intervene in court cases defending the law, according to new polling released by the Human Rights Campaign in partnership with Greenberg Quinlan Rosner Research.

51 percent of voters oppose DOMA while 34 percent favor it. Independent voters, who were instrumental in the Republican House takeover, oppose the law by a 52 percent to 34 percent margin. 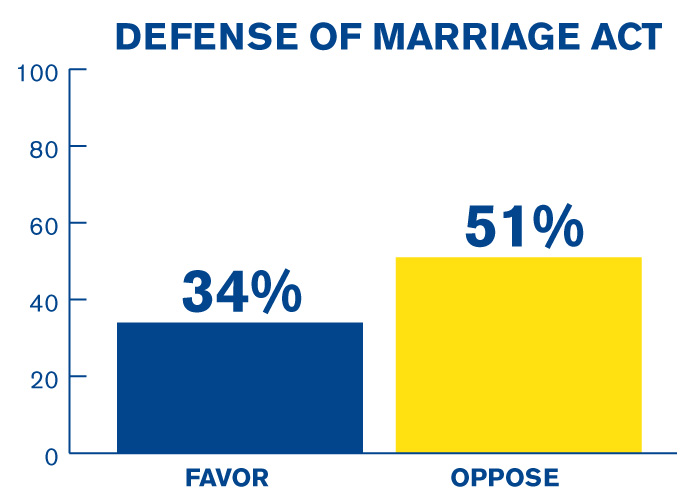 Additionally, when read statements for and against defending DOMA in court, 54 percent of voters oppose the House Republicans’ intervention, while only 32 percent support it.

Given a list of issues important in determining their vote for President, voters ranked the economy and jobs (54 percent), Medicare and Social Security (23 percent) and education (19 percent) as most important with only 5 percent of respondents saying marriage was most important to them. 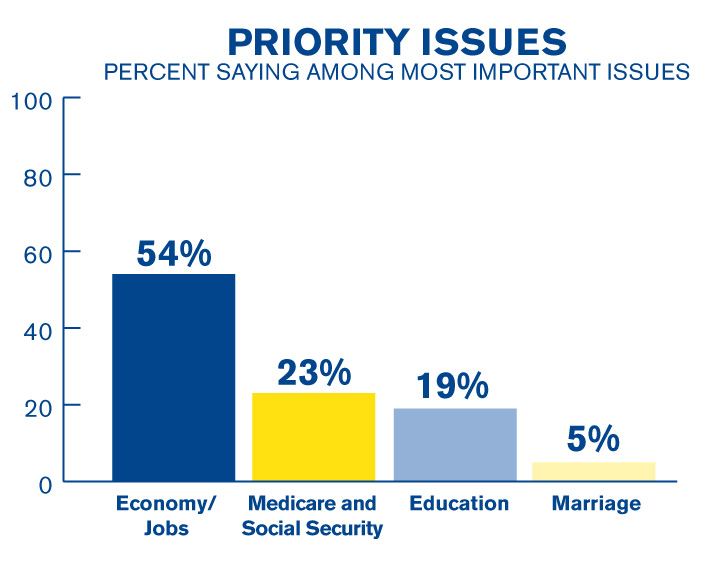 Finally, when presented with the actual benefits from which married same-sex couples are excluded, voters overwhelmingly support extending those benefits. 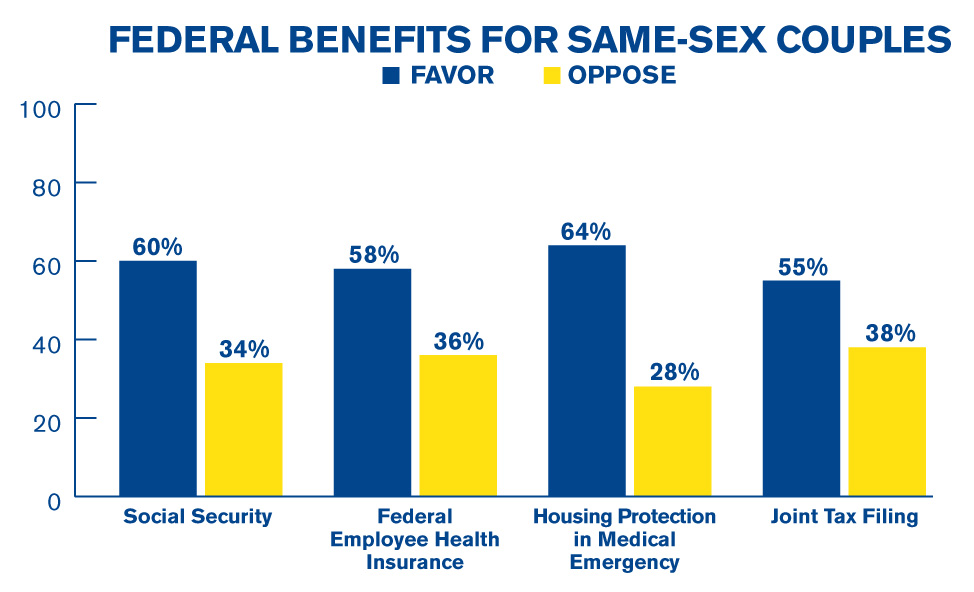