You have checked out The Randy Report podcast, haven’t you?

Catch up on LGBTQ political and entertainment news in about 15 minutes via podcast.

• Ricky Martin wishes he could come out again

• And I share my thoughts on this year’s Tony Awards

All that and more on this episode of The Randy Report – Hit the play button below! 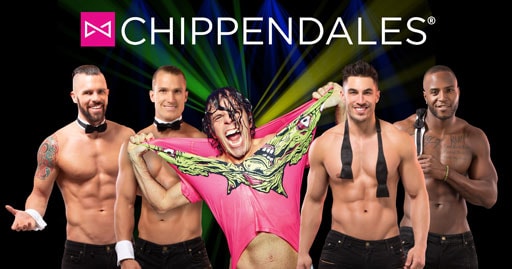 Get ready to “Party with Perez” this summer when Perez Hilton, the original celebrity social media influencer, joins the world famous Chippendales as their special guest host at Rio All-Suite Hotel & Casino in Las Vegas.

No stranger to the stage, Hilton will combine his comedic wit and outrageous sense of humor to guide the audience through a wild evening celebrating the hottest men, music and moves in Las Vegas.

“Perez is a big, bold personality and we’re expecting him to bring just that to the show”, commented Kevin Denberg, Chippendales Managing Partner. “There’s no holds barred here… expect Perez to say what’s on his mind, or what’s on yours, as the evening’s Master of Ceremonies, bringing even more fun and humor to the Chippendales party experience.”

“I am a big fan of Chippendales and I am so excited to be a special guest host unlike any other they’ve ever had before,” says Hilton. “I am looking forward to taking my role as your gay best friend into the real world and helping the women (and men) who come to the show have THE BEST TIME possible!”

“It’s going to be super fun for them and for me – and that’s why I’m truly ecstatic to do it! I’ve seen the show multiple times and can’t wait to be a part of it from start to finish! It’s going to be magical!”

Perez is the latest celebrity to join the exclusive roster of guest hosts at Chippendales. From international supermodel Tyson Beckford to Beverly Hills 90210/Sharknado star Ian Ziering to Dancing with the Stars mirror ball champion Tony Dovolani and Nyle DiMarco (double champ for America’s Next Top Model and Dancing with the Stars).

Every celebrity guest who’s ever donned the brand’s iconic cuffs and collar has brought his own unique style and energy to sold-out audiences.

Consistently named the “Best Male Revue” in Las Vegas by the prestigious Best of Las Vegas! Awards, Chippendales features heart thumping choreography and multiple opportunities for audience members to get on stage in an all-out party that provides the perfect backdrop for a night out in Las Vegas.

And yes – men are always welcome at Chippendales.

But the big question is – will Perez go “the full Monty?”

Check out Perez’s announcement video below.

And since we’re here, let’s trip the light fantastic with past Chipp celeb hosts Tyson Beckford, Nyle DiMarco and the Chippendales.

Come party with @NyleDiMarco in #Vegas next week! He’ll be celebrity guest hosting #Chippendales 9/22—10/16 (Thurs—Sun shows)   #GetReady! You don’t want to miss this… Tickets on sale now on Chippendales.com #Chippendales #LasVegas
A post shared by Chippendales® (@chippendales) on Sep 16, 2016 at 12:51pm PDT

Birthdays look damn good on this Zaddddddddy. 😍🔥 Send @nathanminorvegas some BDAY love in a comment below 👇👇👇 #chippendales
A post shared by Chippendales® (@chippendales) on May 23, 2018 at 2:09pm PDT 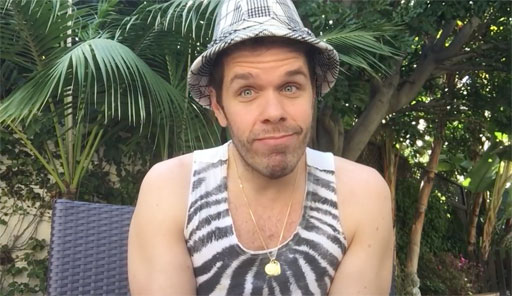 Gay gossip guy Perez Hilton felt the need to respond to criticism after making homophobic comments that he made last week.

The 40-year-old blogger shared on his podcast last week that he wouldn’t be enrolling his 5-year-old son, Mario, in dance classes because most young boys who dance “end up being gay.” If he had his way, he’d prefer if his son was straight.

“I think dance class might help make your son gay. Even though I believe I was born gay, I can reconcile having said that.”

Perez also asserts that he would go back and choose to be straight if he could.

“As a gay man, I’m not ashamed to be gay… but if I could go back in time and, when I was 18, be given a choice, I would have chosen then to be heterosexual… Being a gay man [around the world] is still a harder road to travel on.”

I don’t think there’s any logical route where you can say you’re born gay and then turn around and believe dance classes can make you gay.
That makes as much sense as thinking eating Mexican food will help you learn Spanish.
I think you see a lot of gay men in the arts because they’re just drawn to that world. And I know plenty of straight men who are dancers and actors on Broadway.
Perez needs to “reconcile” a bit more of his own internalized homophobia. This is definitely not a message young LGBTs or their parents need to hear. 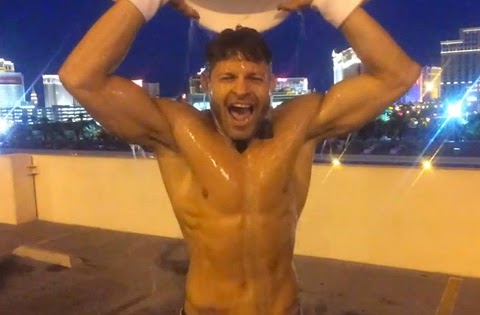 So, the very hot men of Chippendales get very cold and wet as they take part in the ALS Challenge.

Not only do Jaymes Vaughan, Ryan Stuart, Johnny Rivera and Stacey Robinson DO the ice dunk, but Chippendales is also making a generous donation to the ALS Foundation.

Let’s see if those folks take up the challenge.

Watch the video if you want to see the muscled men of Chippendales get all wet. 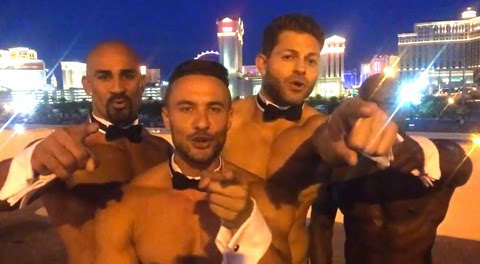