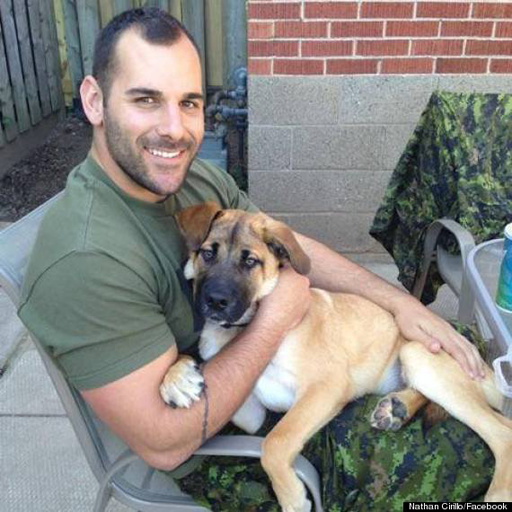 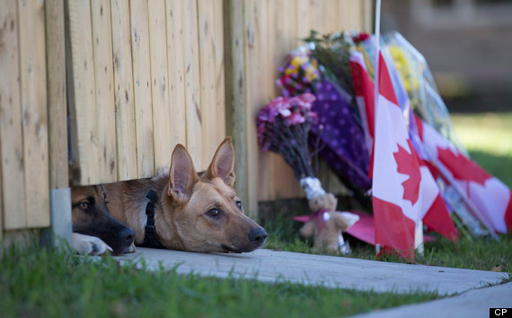 As Canada continues to mourn for Cpl. Nathan Cirillo, who was killed standing guard at the Tomb of the Unknown Soldier in Ottawa, these heartbreaking photos show his dogs waiting for a return that will never happen.

Corporal Nathan Cirillo, 24, was standing guard at the Tomb of the Unknown Soldier, in Ottawa, when he was shot and killed on Wednesday.

Cirillo was a single dad. He was raising his six-year-old son on his own. Cirillo also loved animals. He had pictures of a kitten in his army bag, and had currently owned two dogs. His dogs have been photographed sticking their heads under the gate of the home, waiting for Cirillo to come back home. Unfortunately, that will never happen, and flags were flown at half-mast for the fallen soldier. 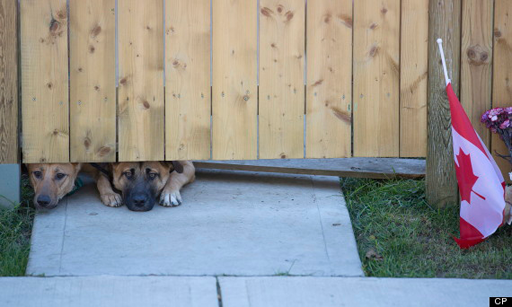 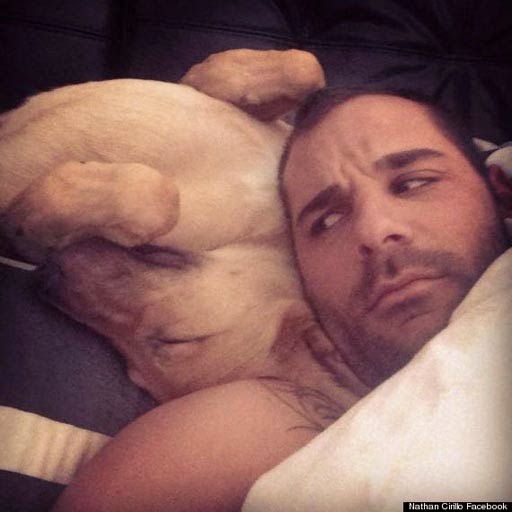 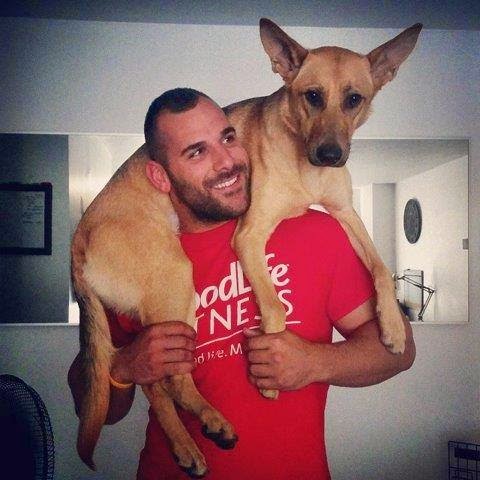 With flags flying at half-mast, Canada mourns the murder Cpl. Nathan Cirillo after yesterday’s terrifying shooting in Ottawa at Parliament. 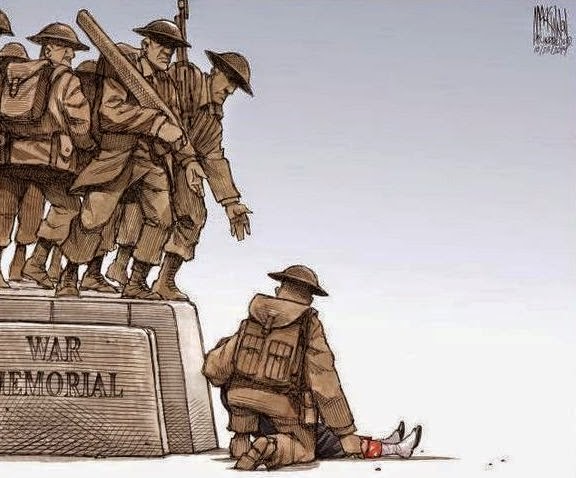 On Sunday, we asked a very handsome guard for a picture with my friend visiting from Cali – RIP Nathan Cirillo pic.twitter.com/q80EZ6nwmo
— Megan Underwood (@megunder) October 22, 2014