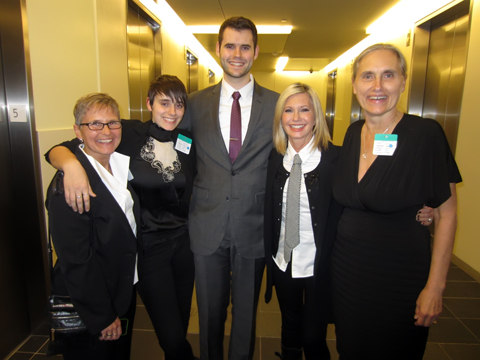 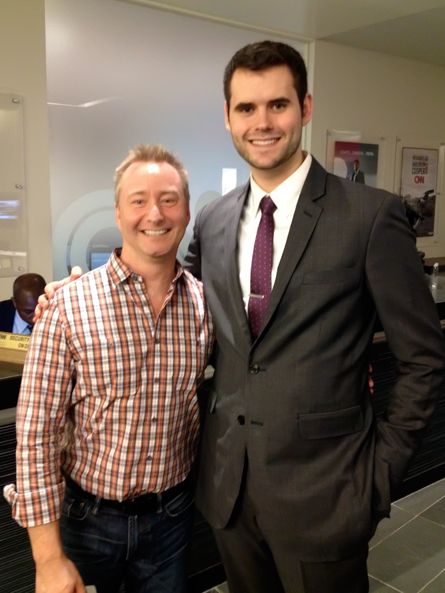 Today,  I met Zach Wahls in the lobby of CNN where he was doing promotional appearances for his new book My Two Moms.
As regular readers of The Randy Report know, on January 31, 2011, Zach Wahls addressed the Iowa House Judiciary
Committee in a public forum regarding civil unions. The
nineteen-year-old son of a same-sex couple, Wahls proudly proclaimed,
“The sexual orientation of my parents has had zero effect on the content
of my character.”

Hours later, his speech was posted on YouTube, where it went viral,
quickly receiving more than two million views. By the end of the week,
everyone knew his name and wanted to hear more from the boy with two
moms.

I recently was talking about how celebrity sightings don’t usually affect me much, but I have to say seeing Zach at 20 feet I dropped my bag and approached him directly.  I introduced myself and explained what I do and how much I admire him.  He could not have been more gracious as this stranger babbled to him.  He was exactly what you would expect from  his public appearances, as were his two moms.

My Two Moms
also delivers a reassuring message to same-sex couples, their kids, and
anyone who’s ever felt like an outsider: “You are not alone.”  Make sure you check out his new book. 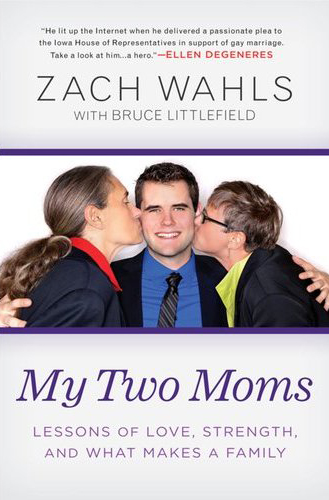 I was visiting CNN with Olivia Newton-John who is also on a book tour promoting her new healthy cookbook LivWise – Easy Recipes for a Healthy Happy Life for which all proceeds go to help build the Olivia Newton-John Cancer and Wellness Centre in Melbourne, Australia.
Olivia is a long-time ally of the LGBT community and has made her own public statement supporting marriage equality: “With respect to
marriage equality, I believe that no-one has the right to judge and deny
couples who love each other the ability to make a marriage commitment.
Love is love.”
My very cool honor to get to introduce these two LGBT allies to each other.