• Ohio teacher fired for having a husband 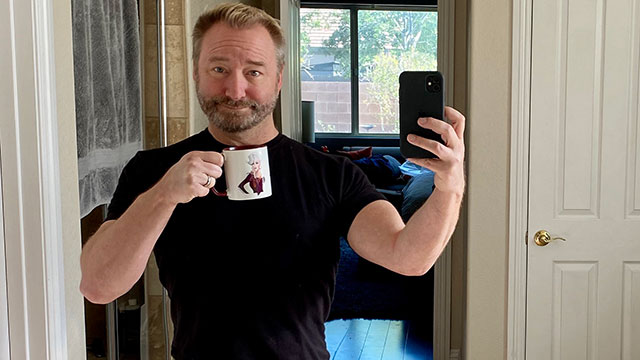 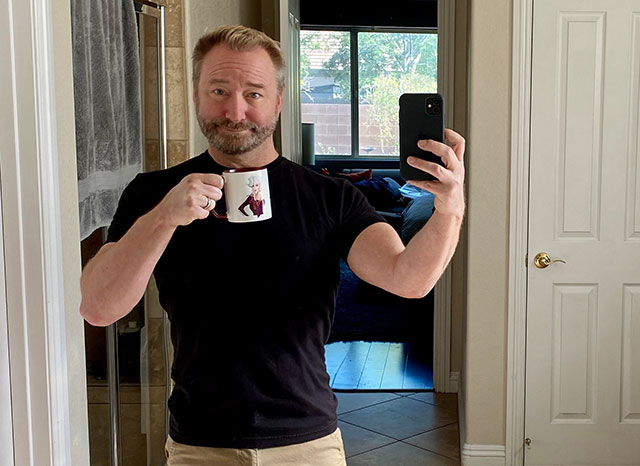 I’m a little late getting this News Round-Up out, so rather than make you wait while I scour the Gram of Insta for an InstaHunk, you get this pic of me from this morning before the day got away from me. Just want to let you know we’re still kicking out here in Las Vegas and I hope everyone’s going great as we close out Hump Day.

Here are a few news items you might have missed:

• The Advocate: After teaching English for 23 years at Archbishop Alter High School in a suburb of Dayton, Ohio, a teacher has been notified his contract will not be renewed for the coming school year because he’s married to his husband.

• Gay City News: LGBTQ groups in Morocco are encouraging gay men to get rid of the Grindr accounts after a social media influencer encouraged people to use the app’s location data to identify gay locals.

“Cry Again is sort of the aftermath and getting back in touch with my emotions, all these emotions I had bottled up for so long and didn’t allow myself to feel,” Alexander shared with American Songwriter earlier this year.

• Washington Post: U.S. intelligence agencies issued warnings about the novel coronavirus in more than a dozen classified briefings prepared for President Trump in January and February, months during which he continued to play down the threat, according to current and former U.S. officials.

• KIT212: For this week’s edition of ‘Wrestle Wednesdays,’ Kenneth notes “there’s so much going on in this scene you have to see it for yourself.” In addition to the athlete, that coach can seriously wear some pants…