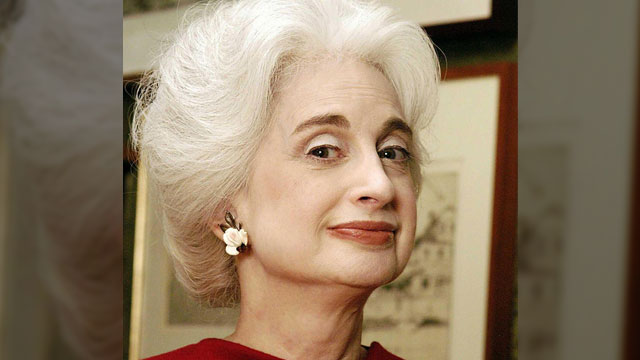 Advice column Miss Manners recently received a letter from some ‘Biblical believers’ asking the most polite way to tell a gay family member their significant other isn’t welcome at a family Christmas celebration.

It seems the matriarch of the family discovered a distant gay relative living in her city some years ago and has since made it a point to invite him to holiday gatherings.

But the homophobe of the brood is apparently dismayed the family gay brings along his ‘male friend’ to the holiday festivities.

“As committed Biblical believers, we believe homosexuality to be a serious sin and do not like being put in the position of appearing to condone it,” reads the missive.

The writer adds that they haven’t said anything to the ‘distant relative’ yet because “we also feel that each person should have the right to make their own judgments.”

After emailing family members saying they would like to come up for Christmas, the advice seeker was appalled the gay relative chimed in saying he and his ‘man friend’ would be available to join in.

The bigot concludes their query by writing, “I feel this is presumptuous but am at a loss to know how to put a stop to it without causing offense.”

Miss Manners’ Judith Martin clapped back with a perfect balance of good taste and common sense.

“What strikes Miss Manners as ‘presumptuous’ is the idea that your attending a party with this relative and his partner condones homosexuality any more than your presence amounts to a referendum on the private life of anyone else present,” wrote Martin.

Miss Manners went on to suggest that “a bit of goodwill toward all would be appropriate for the holidays.”

You know – that whole ‘Christ-like’ thing…

But if the judgmental relative can’t make the leap to goodwill, Miss Manners suggests a Plan B.

“People have the right to make their own judgments. And if yours precludes extending that, you should make other Christmas plans.”

Miss Manners for the win.