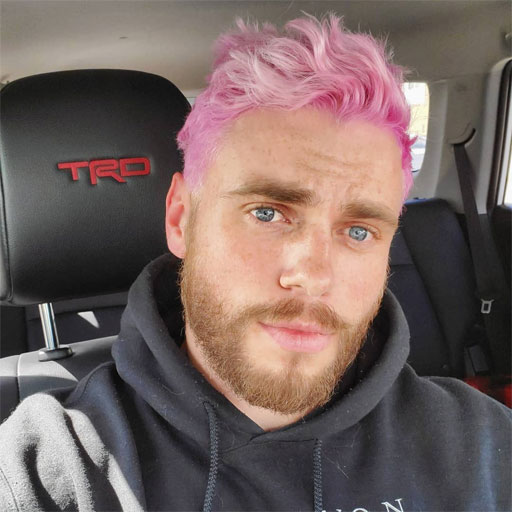 One of the many things we love about out Olympic skier Gus Kenworthy is that he does not suffer fools lightly.

With the annual Breck Pride Week happening this week (April 3-7) in Colorado, the Breckenridge Ski Resort posted a photo on social media last week featuring skiers racing down the mountain with a rainbow Pride flag.

View this post on Instagram
Just 8 days until Breck Pride 2019! Join us for one of Breck’s best spring events. Come one, come all, come as you are – there’s fun for everyone. Link in our bio for more info #Breck #TheBreckEffect #BreckPride
A post shared by Breckenridge Ski Resort (@breckenridgemtn) on Mar 25, 2019 at 3:23pm PDT

But, right on cue, anti-LGBTQ haters had to show up and troll the posts.

“Okay, my question is, why don’t we have a straight event for those who are straight, why does being lgbt make you more special than anyone else?”

“Really breck? This is almost forcing you views on to other people that are just tryna shred. You are making the place that people go to escape filled with political bs. Go ahead and comment hearts as me but just know you’d be better off without this.”

“I wonder when is ‘normal’ people parade?”

“Why celebrate something that is not even a 1% of the us and even less in the world?”

“Wow this was my favorite resort as a kid to ski at. Now people are being bombarded with a pride parade when all they are trying to do is enjoy a nice vacation at a ski resort. Just keep to being a ski resort nothing more.”

And then there were the simple, “Just NO” and “#unfollow” comments.

We’re not sure a simple photo on social media qualifies for “bombardment.”

For its part, Breckenridge Ski Resorts social media team would simply reply with a rainbow of heart emojis.

But our man Gus was not having it.

“Always saddened by the homophobia on Pride posts,” he tweeted as he shared screen caps of the hateful comments. “If seeing a rainbow flag while you’re on vacation upsets you then please do the world a favor and stay the fuck at home. “

He added, “Thank you to the many ski resorts that designate a week to making more people feel welcomed, included & safe!”

Since coming out in 2015 after winning the silver medal at the Sochi Olympic Games, Gus has been all kinds of out, loud and proud and we wouldn’t want him any other way.

Even though he didn’t medal in last year’s Winter Games in Pyeongchang, South Korea, he served up furry gay goodness kissing his boyfriend, actor Matt Wilkas, at the bottom of the ski slope on world-wide television.

The 27-year-old recently announced he plans to raise $1 million for the upcoming AIDS/LifeCycle event in June which raises funds for HIV/AIDS awareness campaigns.

View this post on Instagram
Arms crossed because I’m tough and I don’t care what anybody thinks about me APRIL FOOL’S I’m hypersensitive please validate me or I’ll die
A post shared by gus kenworthy (@guskenworthy) on Apr 1, 2019 at 12:15pm PDT