• The Advocate: Lin-Manuel Miranda has made a statement after an alleged illegal and unauthorized rendition of his Tony-award-winning musical Hamilton was produced at a church in McAllen, Texas, featuring anti-LGBTQ+ rhetoric. END_OF_DOCUMENT_TOKEN_TO_BE_REPLACED

Lin-Manuel Miranda, the much-beloved theater/movie artist, announced via Twitter that he will not be able to attend the 94th annual Academy Awards tonight after his wife tested positive for COVID. END_OF_DOCUMENT_TOKEN_TO_BE_REPLACED 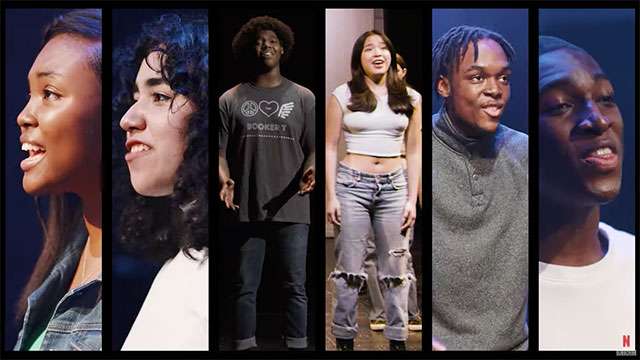 To celebrate the  launch of tick, tick…BOOM!, the feature directorial debut from Pulitzer Prize, Grammy, Emmy and Tony Award winner Lin-Manuel Miranda, Netflix is shining a spotlight on emerging teen performers and filmmakers to celebrate the arts and honor the legacy of beloved American composer and playwright Jonathan Larson (1960-1996). END_OF_DOCUMENT_TOKEN_TO_BE_REPLACED 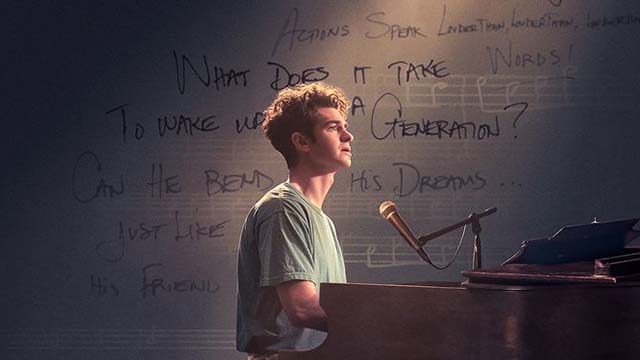 With 30 on the horizon, an aspiring theater composer navigates love, friendship and the pressure to create something great before time runs out. END_OF_DOCUMENT_TOKEN_TO_BE_REPLACED 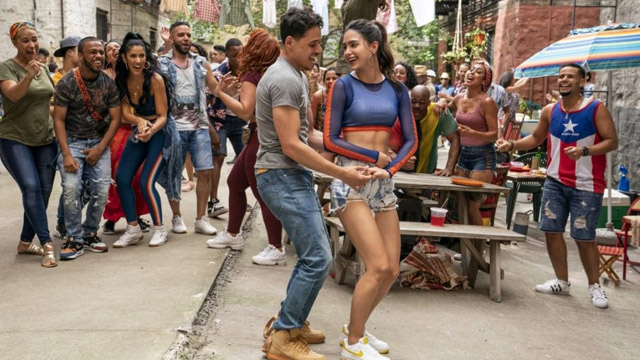 Lin-Manuel Miranda’s Tony and Grammy Award-winning musical In The Heights has made it to Hollywood and we finally get the official trailer.

Set in New York City’s Washington Heights neighborhood, the musical chronicles the lives of immigrants and the generations that follow them, including Usnavi played by Anthony Ramos.

Usnavi owns the local bodega and dreams of winning big in the lottery and making it out of the barrio.

The quintessential steamy New York summer brings complications for characters from all parts of the neighborhood, including a love interest for Usnavi in the form of Vanessa (Melissa Barrera).

In The Heights dances into theaters Summer 2020. 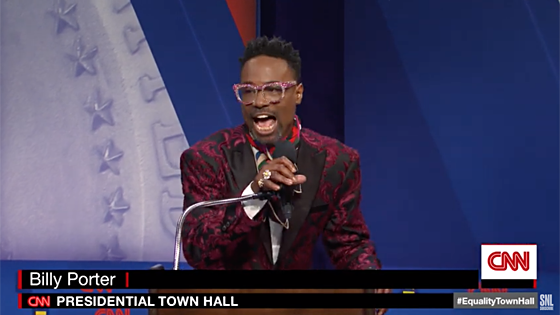 Alex Moffat’s Anderson Cooper opened the sketch informing the audience that the town hall would address those issues important to “LGBTQ people and straight girls who make Pride about them.”

Beginning with Chris Redd’s Cory Booker, Porter said, “He may live in the projects, but ladies, he ain’t no project.”

When Booker is asked about some questionable writing he did about gays in the early 90s: “I don’t want you to think I’m dodging the question, so I’m going to go now.”

Asked how he’d respond to folks who say he’s not gay in the right way: “There’s no wrong way to be gay – unless you’re Ellen (DeGeneres) this week.”

Buttigieg also wondered aloud why he’s not doing better in the polls: “Why am I not winning this? I’m a veteran, I’m under the legal retirement age, and when I talk, it makes sense. Is something wrong with me?”

Says Cooper: “You’re a great guy, just, as a friend. Not for president.”

Next up, Porter brings the audience to attention saying, “Warning. Warning. The sentencer is here. She’s got a plan for the future. It’s Elizabeth Warren.”

Kate McKinnon delivers a spot on Warren on her entrance: “I am so excited to be here. I had some apple slices backstage and they are hitting me like cocaine. You all know I’m not a lesbian but all the ingredients are there.”

Obviously, SNL had to touch on the big viral moment of the Town Hall when Warren was asked how she would respond to a ‘traditional marriage’ supporter on the campaign trail who may underscore that they believe marriage is between one man and one woman?

McKinnon’s Warren riffs: “I would say, ‘Sir, tell me your bus stop because I want to know where you get off.’ What else, what else? If someone doesn’t want to serve gay people at their small business? I bet that’s not the only thing that’s small. And when people say gay and trans shouldn’t be included in civil rights protections, well…I wish their parents had used protection.”

Lin-Manuel Miranda takes a turn as “the House of Urban Deliciousness,” Julian Castro: “As a Democrat. I want to apologize for not being gay. But I promise to do better in the future.”

He adds, “However, I am Latino, which we can all agree is something. I’m young, I’m diverse, I’m LatinObama. So let’s get that hashtag going.”

Biden drops bon mots along the likes of “The vast majority of people in America are not homophobic – they’re just scared of gay people. You know me – I went to bat for marriage equality and I believe we’re all equal whether you’re gay, lesbie, transgenital or queer.”

Check out the full segment below.

Director Rob Marshall discusses how a scene, which combines live action and hand-drawn animation in the new Mary Poppins Returns, came to be.

Fascinating all the thinking that went into layering the 2-D animation, even down to how the clothing was painted to be a part of the scene.

From The New York Times‘ Anatomy of a Scene series:

The Banks children go on adventure that takes them inside of a ceramic bowl and into an animated countryside, in this fanciful scene from the new Disney sequel “Mary Poppins Returns.” The film’s director Rob Marshall narrates a closer look at the sequence, which features Emily Blunt as the titular nanny and Lin-Manuel Miranda as the lamplighter friend of the family, Jack. Here, Marshall discusses how animators were brought out of retirement to work on the 2-D animation. 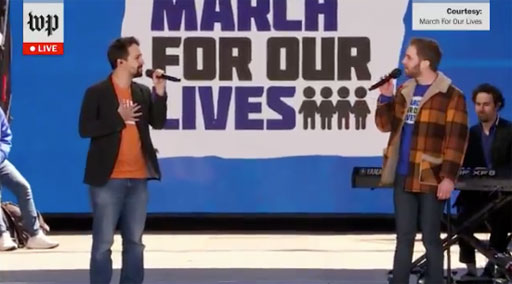 Tony Award winners Lin-Manuel Miranda and Ben Platt performed their collaboration “Found Tonight” during the March for Our Lives in Washington, DC today.

The track combines songs of empowerment from each of their blockbuster Broadway musicals, Dear Evan Hansen and Hamilton.

Last week, the duo announced the proceeds from the song would go to ending gun violence.

As they left the stage, they encouraged the young protesters, “We love you. Don’t give up.” 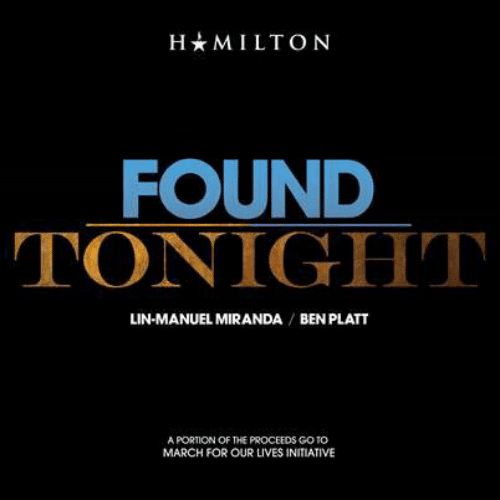 Two Tony Award winners singing a mashup of two songs from back-to-back Tony Award winning scores and a portion of the proceeds go to help the March for Our Lives initiative.

Nope – can’t find a thing wrong with that.

Lin-Manuel Miranda and Ben Platt finally team up for a mash-up of Hamilton and Dear Evan Hansen.

The new single “Found/Tonight,” arranged by Alex Lacamoire, brings together Hamilton’s “The Story of Tonight” with Dear Evan Hansen‘s “You Will Be Found,” adding up to a truly anthemic theme song for the upcoming nationwide protest against gun violence, March for Our Lives.

“The Story of Tonight,” from Hamilton, is sung by a young Alexander Hamilton, Marquis de Lafayette, John Laurens and Hercules Mulligan, who share a round of drinks and camaraderie before joining the American Revolution.

“You Will Be Found,” from the 2017 Tony winner for best musical Dear Evan Hansen, is a speech about loneliness and friendship intended to keep alive the memory of a high school pal who committed suicide.

And here’s how it comes together:

Bonus points for Platt getting to sing the word “tonight” as he’s publicly campaigning to play “Tony” in the upcoming movie remake of West Side Story.

One of the students from Marjory Stoneman Douglas High School, where last month’s devastating gun massacre left 17 dead, clearly got the feels intended as he promoted the song on Twitter:

@BenSPLATT and @Lin_Manuel did something amazing. You should go listen to it.

Found/Tonight. Download it. Portion of the proceeds going to our movement.

This song takes the two songs I listen to most for inspiration and puts them in one nice convenient spot. 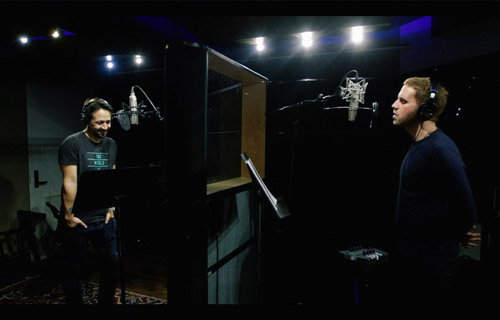 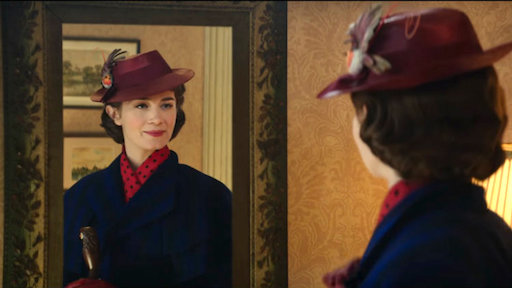 What a great way to start the week as we get our first look at the upcoming Mary Poppins sequel, Mary Poppins Returns.

Starring Emily Blunt and Hamilton creator Lin-Manuel Miranda, this new chapter in the Poppins saga will see the indomitable nanny return to find her former charges Michael and Jane Banks all grown up.

But there’s always a need for Poppins.

I have to admit I got a chill watching this. The film hits theaters this Christmas because, you know, “it’s a jolly holiday with Mary…”