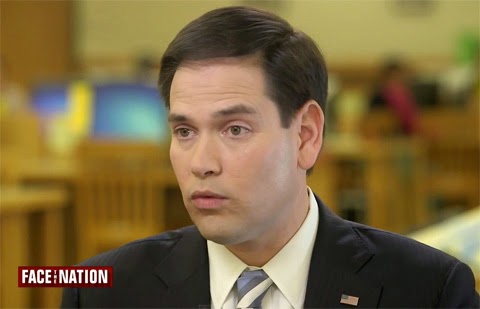 Newly minted 2016 GOP presidential hopeful Sen. Marco Rubio said that even though he didn’t think being gay was a choice, he didn’t believe courts should be deciding the issue of same-sex marriage.

“I also don’t believe that your sexual preferences are a choice for the vast and enormous majority of people,” he said. “In fact, the bottom line is I believe sexual preference is something that people are born with.”

Last week, Rubio also said that he would attend a gay wedding of a loved one, even if he disagreed with the “choice” that loved one had made.

“I’m not going to hurt them simply because I disagree with a choice they’ve made or because I disagree with a decision they’ve made, or whatever it may be,” Rubio said. “Ultimately, if someone that you care for and is part of your family has decided to move in one direction or another or feels that way because of who they love, you respect that because you love them.”

In the past, Rubio has distinguished between opposing same-sex marriage and being anti-gay.

“Supporting the definition of marriage as one man and one woman is not anti-gay. It is pro-traditional marriage,” Rubio said last year. 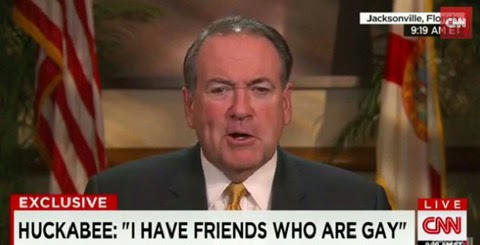 2016 political hopeful Mike Huckabee, appearing on CNN’s State Of The Union, compared homosexuality to drinking, swearing and other “lifestyle” choices.

From the interview with Dana Bash:

“People can be my friends who have lifestyles that are not necessarily my lifestyle. I don’t shut people out of my circle or out of my life because they have a different point of view. I hope the party doesn’t change its overall view, but the very fact that I talk about relationships I have with friends who are gay, indicate that I’m not a person who shuts everybody out around me who disagrees.”

“I don’t drink alcohol, but gosh — a lot of my friends, maybe most of them, do. You know, I don’t use profanity, but believe me, I’ve got a lot of friends who do. Some people really like classical music and ballet and opera — it’s not my cup of tea.”

“I’d like to think that there’s room in America for people who have different points of view without screaming and shouting and wanting to shut their businesses down. What worries me in this new environment we’re in, it’s not just that someone might disagree, they don’t want to argue with me, even take a different point of view. They want to close someone’s business down.” 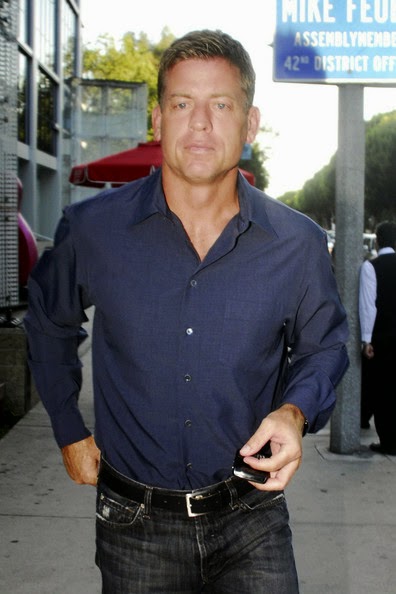 Former Dallas Cowboys quarterback Troy Aikman, who dodged gay rumors in the 1990s, has finally addressed the allegations and explained that if people “choose” to be gay, that’s their business, but it’s not a “choice” he makes.

The 48 year old broadcaster had this to say to Sports Illustrated:

I’m upset about it because it was made up and there was nothing accurate about anything that was insinuated. And he did it, as he does everything, just for attention. I am probably more upset because I probably should have responded to it at the time it was going on.

The advice to me was “Hey, just don’t address it. It’s not worth it. It doesn’t make any sense. It’s ridiculous. All it’s going to do is have people continue to talk about his book. So I didn’t.

But I probably could have responded differently and maybe that would have changed things. Maybe it wouldn’t have. But it is ridiculous, and, yeah, it bothers me.

If that is a lifestyle people choose, so be it. It doesn’t affect me one way or another. But it is not my lifestyle.

So, I’m guessing that means he’s “choosing” to be straight, but COULD be gay if he wanted…?