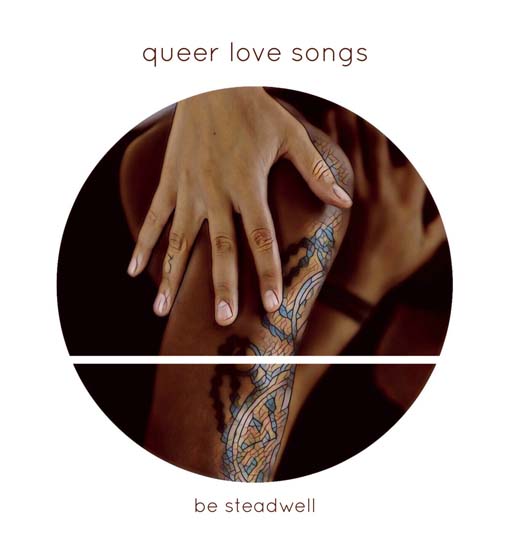 This is quite delicious.

In announcing the release, Steadwell shares, “I’m a black, queer, woman, singer songwriter and I believe that everybody deserves a cheesy love song. That’s why I wrote Queer Love Songs.”

Steadwell describes “Sometimes” as a sweet and earnest love song reflecting on the experience of loving a gender non-binary partner.

The track has a sweet, undeniable honesty and authenticity reminiscent of Joni Mitchell; intoxicating and warm like a full-bodied chardonnay.

Queer Love Songs is the follow-up album to last summer’s Breakup Songs which was the impetus for her second sold out European tour in the fall of 2017.

Steadwell was a part of the star-studded line up of 2017’s Women’s March in Washington DC, sharing the stage with Madonna, Ashley Judd, Janelle Monae, and The Indigo Girls among many more artists standing up for women’s rights and social freedom in the current political climate.

Head over to Steadwell’s official website for all up and coming tour dates.

Hit play below and enjoy. “Sometimes” – it just feels good.