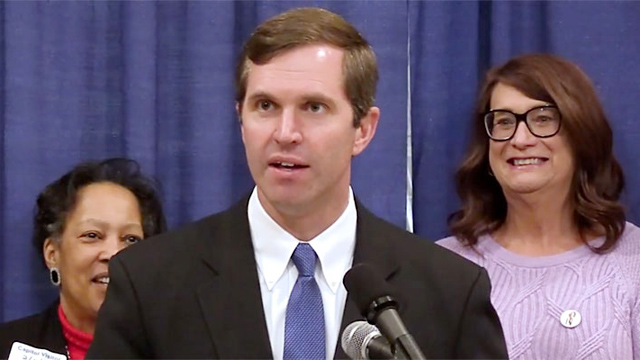 Amid rainbow flags and loud cheers from the crowd, Beshear told attendees, “Diversity and inclusion, they aren’t buzz words – they are values.”

“And they are keys to making Kentucky stronger,” continued Beshear. “Kentucky cannot reach its full potential if all of our people don’t feel supported to be themselves.”

Speaking in the Rotunda at the State Capitol in Frankfort, the governor also spoke in support of two legislative proposals vital to LGBTQ Kentuckians, reports the Lexington Herald-Leader.

One, a ‘statewide fairness’ measure that would prohibit discrimination based on sexual orientation and gender identity in employment, housing and public accommodations.

“Discrimination against our LGBTQ brothers and sisters is absolutely unacceptable in this commonwealth,” said Beshear.

While 18 communities in Kentucky have ‘fairness ordinances,’ there are no statewide protections for LGBTQ people in the Bluegrass state.

He also endorsed a legislative ban on so-called ‘conversion therapy,’ the harmful practice of attempting to change someone’s sexual orientation or gender identity.

Also known as ‘ex-gay therapy,’ the pseudo-science has been denounced by nearly all major medical organizations including the American Medical Association and the American Academy of Pediatrics.

“To have support in the highest office in the commonwealth of Kentucky is so meaningful for so many LGBTQ people who have never felt seen by lawmakers who can make a difference,” said Hartman.

When asked about his historic appearance at the event, Beshear dismissed the question saying, “I think it took too long. Under this administration, every single Kentuckian counts.” 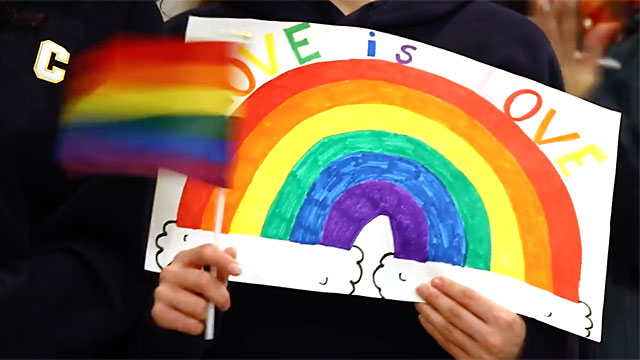