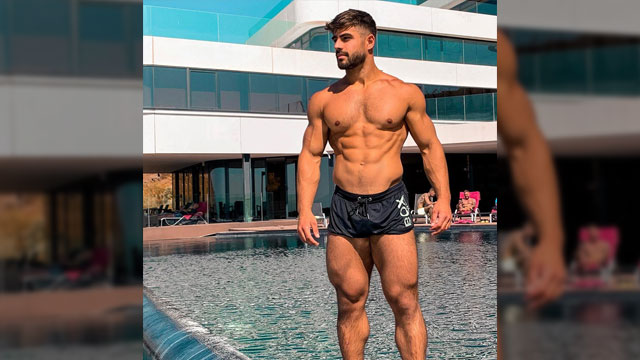 • InstaHunks: Dan Tai (above) is giving me life wearing his sexy swim shorts from Box Menswear. Dan’s post shares some very wise somethingsomethingsomething and then asks how many other people are in the photo? #OtherPeople?

• The Advocate: The past 12 months saw LGBTQ+ representation in elective office in the U.S. grow by 21 percent, with 843 known out officials as of June. The number of out officials is likely to grow even more over the next 12 months with more than 880 openly LGBTQ+ people currently running for office in 2020 — the most ever.

• U.S. Military: A study by the Palm Center shows Donald Trump’s ban on transgender military service members could realistically be reversed within a 30-day period. “All the ingredients are there for a virtually instant reversal.”

• The Lincoln Project: Major props to this anti-Trump group for their latest – a totally Seinfeld-inspired campaign ad. You’ve got to give it to these folks for style.

• Gaily Grind: Another day, another ‘Karen.’ A woman in Washington state walked into a pizza restaurant demanding they serve her when she refused to wear a face mask. ‘I have a right to my pizza!’ #srsly

• NBC News: Two data sets from the Centers for Disease Control and Prevention published Tuesday say true COVID-19 rates are more than 10 times higher than reported cases in some U.S. regions. The estimates are based on COVID-19 antibody tests performed on routine blood samples in 16,000 people in 10 U.S. regions.

• Snoop Watch: My hubby Michael got tired of waiting for our new dog to freely offer up kisses, so he bribed the Snoop with peanut butter (top photo). Hit the play button below to see the craven bribery.

Snoop is a love bug but he doesn’t like to kiss. I am determined to get him to kiss me so what do i do – i bribe him with peanut butter 🙂 #IGotMyKisses thank you cameraman Randy Slovacek. #beaglesofinstagram #beagle #seniordogsofinstagram #southernnevadabeaglerescue #adoptsontshop #dog #briberyworks #peanutbutter