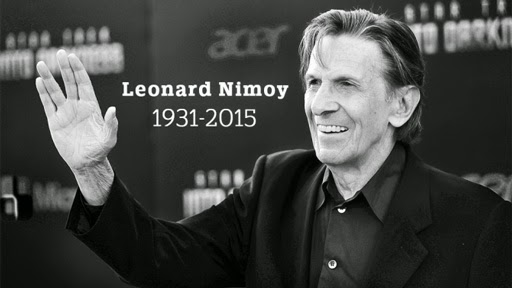 Leonard Nimoy, most famous for his portrayal of the stoic “Mr. Spock” of the Star Trek sagas, has passed away at the age of 83 due to chronic obstructive pulmonary disease.

Before Star Trek, Nimoy appeared in dozens of TV episodics including “Dragnet,” “Sea Hunt,” “Bonanza,” “Wagon Train,” “Rawhide,” “The Twilight Zone,” “The Untouchables,” “The Outer Limits,” “The Virginian,” “Get Smart” and “Gunsmoke.”

But despite his varied talents, Nimoy will forever be linked with the logical Mr. Spock. Spotted by “Star Trek” creator Gene Roddenberry when he appeared on Roddenberry’s NBC Marine Corps. skein “The Lieutenant,” Nimoy was offered the role of Spock and co-starred in the 1965 “Star Trek” pilot “The Cage.” NBC execs liked the concept but thought the pilot too cerebral, so they ordered a second pilot of the Desilu production with some script and cast changes (only Nimoy made it through both pilots). The series finally bowed on the Peacock in the fall of 1966. After three seasons, it was canceled in 1969 but would go on to be a hit in syndication, spawning films and other TV incarnations and gaining a huge following of fans known as Trekkers or Trekkies.

Nimoy was also an accomplished author, poet and photographer.

Less than a week ago, Nimoy shared his last tweet with followers:

A life is like a garden. Perfect moments can be had, but not preserved, except in memory. LLAP
— Leonard Nimoy (@TheRealNimoy) February 23, 2015

“I loved him like a brother. We will all miss his humor, his talent, and his capacity to love.” -William Shatner http://t.co/U8ZN98tVYp
— William Shatner (@WilliamShatner) February 27, 2015

my heart is broken. i love you profoundly my dear friend. and i will miss you everyday. may flights of angels sing thee to thy rest.A photo posted by Zachary Quinto (@zacharyquinto) on Feb 27, 2015 at 10:01am PST