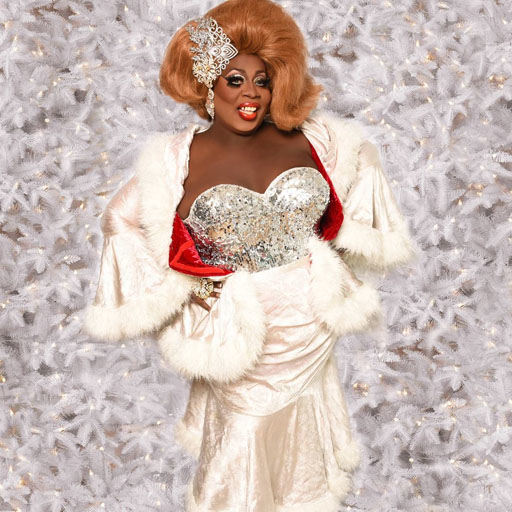 This has been a great week for RuPaul’s Drag Race star Latrice Royale.

This morning, Royale was announced as part of the cast for the upcoming 4th season RuPaul’s Drag Race All-Stars.

But it was the voters in Florida on Tuesday night that really put the cherry on top of Royale’s sundae.

Approved by 65% of voters, Amendment 4, which restores voting rights to convicted felons as, was passed by the Sunshine State voters.

Before folks go crazy, the Amendment only applies to those who have completed their sentences and does not cover those convicted of murder or sexual offenses.

According to reports, this will affect nearly 1.5 million Floridians, including Royale.

Back in 2001, Royale (real name Timothy Wilcots) was busted for carrying both marijuana and Klonopin. Possessing the tranquilizer without a valid prescription is a felony in Florida.

Royale served a year in prison for his mistake.

But upon release, he found he could no longer vote as Florida had a lifetime ban for convicted felons. In other states, folks who serve time have their voting rights restored after being released from prison.

Now, to be technical, felons who completed their time in Florida could wait five years, petition for consideration, wait up to a decade to be approved…blah, blah, blah.

Before voting began on Tuesday, Royale took to social media imploring those in Florida to vote because he could not.

He wrote, in part, “I made a mistake! I paid for my crime! I pay my taxes! I spread #Love not #Hate I am my #Best self to date! I DON’T HAVE MY RIGHT TO VOTE! I urge ALL THAT HAVE A VOICE, PLEASE VOTE! Speak for people like me who can’t!”

View this post on Instagram
From #Prison To #Pristine – Sharon Needles @sharonneedlespgh my #season4ever sister gave me my #new #tagline But more importantly is the message to follow. I made a mistake! I paid for my crime! I pay my taxes! I spread #Love not #Hate I am my #Best self to date! I DON’T HAVE MY RIGHT TO VOTE! I urge ALL THAT HAVE A VOICE, PLEASE VOTE! Speak for people like me who can’t! I am proud! I am #American but I can’t say that I’m a Proud American! We have much work to do my babies! I love you all! #vote #makeusproudagain #makethemeatit
A post shared by Latrice Royale (@latriceroyale) on Nov 3, 2018 at 1:31pm PDT

And then came the results on Tuesday night.

Thank you #Florida YOU DID IT!!! #Amendment4 #Passes I will get my #Right to #Vote back!!! A change is gonna come!

““People say after you pay your debt, you can go back and become a productive member of society, but none of that happens,” he continued. “No one helps you get back on your feet, and now you can vote.”

“I’m a nonviolent offender, not a child molester, or a pedophile,” said Royale. “I wasn’t standing in front of schools targeting kids.”

“What people need to understand is that we’re not all hardened or career criminals,” shared the 46-year-old. “I completed my sentencing, paid my debt to society, completed by parole, I’m doing better than I ever imagined I would, I’m inspiring people, and up until this week, I still couldn’t vote. I hope the people who have their voting rights restored exercise them and I hope activists, politicians, and all citizens educate themselves on this issue.”

Be sure to catch Royale and all the queens on RuPaul’s Drag Race All-Stars Season 4 beginning December 14 at 8/7c on VH1.