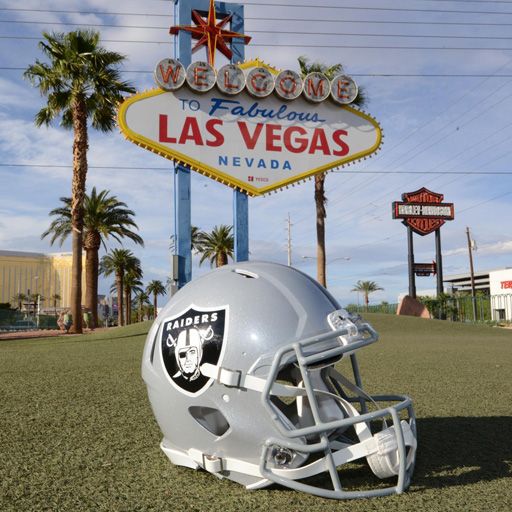 I guess I’m going to be a Raiders fan 🙂

After much discussion, the 32 NFL owners voted “yes” to allowing the Oakland Raiders to move to my home city, Las Vegas.

The owners voted 31-1 to approve the Raiders’ departure from Oakland for the second time in their tradition-rich history. The only no vote came from the Miami Dolphins.

The vote ended a whirlwind 14-month courtship by business, county and state leaders. In a major coup for Las Vegas, the Raiders will join the NHL’s expansion Golden Knights as the city’s second major league sports franchise.

The Raiders will debut in Las Vegas no later than the 2020 season, when a 65,000-seat domed stadium, to be constructed at an estimated cost of $1.9 billion, is expected to be ready. The site of the new stadium has not been finalized, although the leading location is an empty lot on the west side of Interstate 15, between Russell Road and Hacienda Avenue, across from Mandalay Bay.

The Raiders might very well play regular and preseason games at UNLV’s Sam Boyd Stadium in 2018 and 2019, possibly playing fulltime at the site during that time frame.

The Las Vegas Raiders. Has a nice ring to it, no?

Here’s to lots and lots of home runs.

No, I’m not the biggest football fan. But – I love the costumes. And if it means Las Vegas will have it’s first “big 3” pro sports team, I’m all for it.