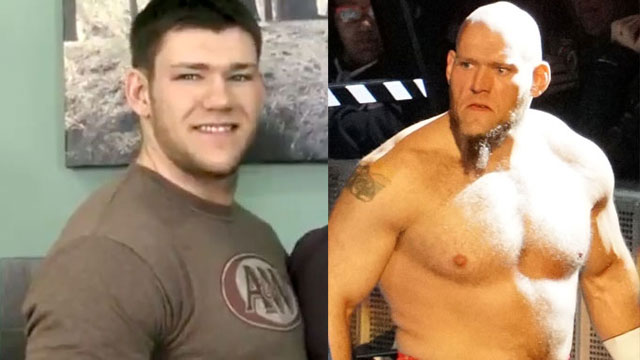 It seems the year 2019 just wouldn’t end without one more example of homophobic hypocrisy.

WWE wrestler Lars Sullivan (real name Dylan Miley) has had a heck of a year after a slew of sexist, racist and homophobic comments he made on Bodybuilding.com message boards some years ago came to light.

In June, he suffered a knee injury taking him out of the ring for an estimated 6-9 months.

A profile was found on RandyBlue.com for the performer listing two photos and two videos, and it certainly looks like Sullivan.

This Twitter user found the introductory moments of “Mitch” in action.

There’s a bit more of where that scene led here (NSFW) that doesn’t get too down and dirty.

All of this follows the wrestler’s very tumultuous months after his internet troll comments came back to haunt him.

According to Sports Illustrated, several years ago Sullivan posted offensive comments under two usernames (“ElPerfecto” and “Disenfranchised”) but using a photo of himself.

The comments, made between 2007 and 2013, included sexist remarks about WWE executive Stephanie McMahon, racist comments regarding another user, and homophobic insults about NFL quarterback Phillip Rivers.

Here’s just a sample of what the homophobic remarks were like: “Philip Rivers = Crybaby b*tch and is extremely gay. Most of California, especially sothern cal, is gay. Fits well. Hell ‘Philip’ is a gay name in itself!@”

Turns out he had disparaging thoughts regarding Hispanics, Muslims and other wrestlers as well. He also once shared that “there is a grey area when it comes to the definition of rape.”

Sullivan was fined $100,000 by the WWE based on breaking a morality clause in his contract, and issued an apology.

“There is no excuse for the inappropriate remarks that I made years ago,” said Sullivan in a statement released by the WWE. “They do not reflect my personal beliefs nor who I am today, and I apologize to anyone I offended.”

“The guilty dog barks the loudest.”